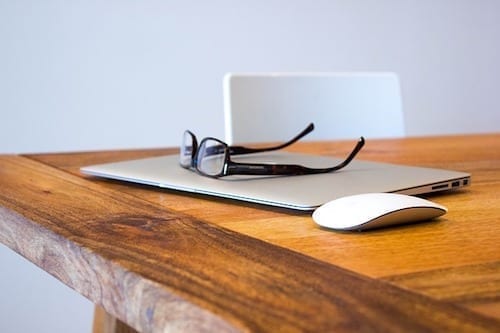 Rob McEwen of McEwen Mining shares his thoughts on recent M&A activity in the gold space and what may happen moving forward.

The major theme in the gold space lately has been mergers and acquisitions (M&A), with big deals between top miners taking center stage.

Not all market participants view these transactions as positive, but Rob McEwen, chairman and chief owner of McEwen Mining (TSX:MUX,NYSE:MUX), is one executive who sees them as good for the industry.

Speaking via phone, he highlighted a number of reasons why he believes this is the case, with the fact that M&A activity could stoke interest from generalist investors rising to the top.

“It’s getting front page news on many forms of media,” he said. “What we were lacking in the industry was much exposure to the broad audience.”

The idea that the gold space needs more generalist investors is one that others have raised as well — and again, it’s not a point everyone agrees with. For McEwen, however, it’s a matter of simple math.

“There’s only one gold stock in it, and I think the size of its market cap really reflects the level of interest by the American public, which is the largest single market for gold shares in the world,” he said.

“It gives you a sense of how few — how small the number of players are in the space.”

In some ways he doesn’t blame the average investor for not being interested in gold. “The general investor is looking and saying, ‘Alright, the gold price is up maybe 23 percent since the beginning of 2016. The S&P is up about 42 percent, the Dow (INDEXDJX:.DJI) is up about 50 percent,'” he said.

McEwen believes that, with M&A now in the spotlight, outsiders will begin to realize that money is being made in gold right now among both juniors and seniors.

“Once that starts getting out, that people understand that you can make money in this sector again, we’re going to see a return,” he said.

Aside from that, McEwen sees a number of other benefits to M&A, including that deals are taking place at low premiums or at market, and that consolidation could bring operational improvements.

“So perhaps we’ll see an improvement in [their] operations as a result of these companies being taken over. And that will reflect well in the industry going forward.”

The potential for property divestments could also be key moving forward. “There’s just a lot of properties that are thought to be coming on through [M&A between major miners]. They just want to sell. So I think it’ll be a buyer’s market for awhile for companies that want to buy properties.”

In terms of just how many properties could come available, McEwen noted that over the last several months big investment banks have listed over 20 that they think could be put up for sale.

For that reason, he believes that the story now will become less about major M&A moves and more about which companies scoop up the assets that eventually go on the market.

“The more exciting stories are probably going to be the junior and intermediate exploration and production stories, where they have an opportunity to acquire some assets that will materially improve their production curve or their resources or their cash flow or all of that,” said McEwen.

While McEwen believes M&A activity could generate a slew of benefits, one deal he’s less positive on is Newmont Mining’s acquisition of Goldcorp. It closed this past week, creating a new company called Newmont Goldcorp (TSX:G,NYSE:GG).

McEwen, who founded Goldcorp in the 1990s, said that Goldcorp will “disappear under Newmont,” noting that the deal will move Goldcorp’s corporate heart from Vancouver to Denver and could jeopardize the support Goldcorp was giving to numerous initiatives in the mining industry.

“I suppose, though, I definitely would have liked to see Goldcorp continue much longer, grow larger and stronger, more profitable. But that’s not going to happen now.”

Of course, McEwen has moved on since his Goldcorp days and is now at the helm of McEwen Mining. After a challenging first quarter involving a fire at the crusher used at the company’s Ontario-based Black Fox mine and a delay in declaring commercial production at the Gold Bar mine in Nevada, he believes operations are back on track.

Aside from producing at Black Fox and Gold Bar, as well as at the San Jose mine in Argentina and the El Gallo project in Mexico, McEwen Mining will be spending $27 million on exploration in 2019.

“At Black Fox we’re exploring not only in the mine, where we’ve had double and triple digit drill intercepts in terms of grams per tonne. We are going to be drilling on the surface there as well as going deep, because we’re only less than half the depth of a lot of the mines within the region,” he said.

Work at Gold Bar will focus on shallow surface oxide ores, although in the late summer the company will complete two deep holes to see if it can intercept the material Barrick Gold (TSX:ABX,NYSE:GOLD) has been hitting 25 miles away at its own Nevada operations.

In Argentina, McEwen Mining hopes to determine whether an alternative access route is viable for its Los Azules copper project. “There’s a lot of things to look forward to this year, lots of news,” said McEwen.

3 responses to “Rob McEwen: The Dust is Settling on Major Gold Deals — What’s Next?”