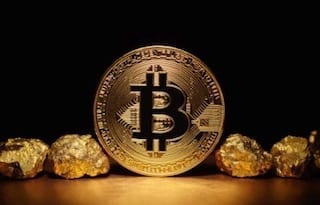 Rob McEwen of McEwen Mining shares his thoughts on the gold price outlook, the future of his company and the relationship between gold and bitcoin.

The Investing News Network (INN) caught up with Rob McEwen of McEwen Mining (TSX:MUX,NYSE:MUX) at this year’s Silver & Gold Summit to get his thoughts on the gold market and what’s ahead for his company.
McEwen also talked about the relationship between gold and cryptocurrencies like bitcoin, and about how a lack of regulations have favored the latter. “There’s room in the marketplace for gold, and I really wouldn’t put [cryptocurrencies] and gold together,” he said.
Read the transcript of the conversation below to learn what McEwen had to say about the gold price outlook, the future of his company and the relationship between gold and bitcoin.

One response to “Rob McEwen: Bitcoin, Gold Price Outlook and Plans for 2018”