ETFs have generated interest among investors, who purchased $277 billion of commodity ETFs and related securities by the end of 2009, attracted primarily to the potential of low costs, stock-like features and relative tax efficiency as well as profiting from exposure to raw materials’ global demand. 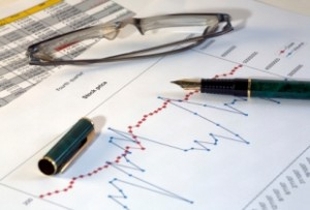 At the most basic level, ETFs are just what their name implies: baskets of securities that are traded, like individual stocks, on an exchange. The objective of an ETF is that their intraday market price approximates to the net asset value of the underlying assets, less a relatively low management fee.

First launched in 1993, country specific ETFs were a collaboration between Morgan Stanley Capital International (MSCI), Barclays, and a smaller independent third party distribution firm called Funds Distributor, Inc. The original product eventually evolved into the iShares brand widely known around the globe. ETFs traditionally have been passively managed index funds; however, in 2008 the Securities and Exchange Commission (SEC) authorized the launch of actively managed ETFs. These funds drill down into specific sectors, industries, regions, countries, and asset classes, which now make up a great percentage of the ETF universe, and offer relatively inexpensive access to investments such as currencies, precious metals, or emergent industries that previously had been the sole province of larger institutional and wealthy investors.

Gold Investing News recently discussed the evolution of the ETF marketplace with Frank DiPietro, Director of Tax & Estate Planning with Mackenzie Financial.  Mr. DiPietro has observed a dynamic shift in the Canadian wealth management landscape, as “ETFs are being marketed as a superior alternative to traditional mutual fund investments in terms of price, performance, transparency, tax efficiency and diversification; however, every ETF is different and so these attributes should be carefully reviewed before an investment is made.”

“An actively managed fund will generally experience increased turnover through the purchase and sale of investments by the portfolio manager through the year. Since a mutual fund trust must distribute its income to unit holders, investors may tend to see distributions paid out of their mutual fund holdings. ETFs on the other hand, generally experience lower turnover of their portfolio securities. In addition, they typically do not have to sell securities to meet investor redemptions and as a result may see lower distributions paid to investors.”

This claim may not always be warranted though, as Mr. DiPietro cautioned:

“Before investors purchase an ETF, they should review the distribution history of the ETF to ensure it meets its claim of tax efficiency. An index ETF must still buy and sell shares to match the index as a result of mergers, acquisitions, de-listings, new listings, etc. and so there is some level of turnover which exists and thus distributions may still be paid to investors. Therefore, depending on the ETF distributions may actually be higher than some traditional mutual funds.”

In addition, he noted, “mutual fund investors have the option of investing in structures such as corporate funds to help improve tax efficiency where ETFs do not, and so investors should consider this as well as part of the investment process.”

Despite the expansive growth in offerings in Canada, the majority of ETFs are offered by only four fund companies. BlackRock is the dominant player since last year after obtaining the iShares ETFs, while its major competitors are Claymore, Horizons and BMO. Canadian investors also have access to the many ETFs sold in the United States under brand names like Qubes, SPDRs, sector SPDRs, MidCap SPDRs, HOLDRs, Diamonds, and VIPERs. In the U.S. alone, there were 914 listed ETFs at the end of June, which represents an increase of 21 percent from a year ago. According to the National Stock Exchange, ETFs have accounted for $480 billion in net cash inflows over the last 3 years, bringing total assets to $780 billion.

Commodity ETFs invest in commodities (precious metals, agricultural products, etc.) through futures or asset-backed contracts. The idea of a gold ETF was first officially conceptualized in May of 2002 in India by Benchmark Asset Management Company Private Ltd,  but the first offering was not launched until 2003 with Gold Bullion Securities (LON:GBS) launched on the ASX. The first silver ETF, iShares Silver Trust (NYSE:SLV), launched on the NYSE in 2006.

Opportunities for precious metal investors in the ETF marketplace continue to expand, as demonstrated by the launch earlier this year of the first palladium and platinum ETF products available in North America, the ETFS Physical Palladium Shares (NYSE:PALL) and the ETFS Physical Platinum Shares (NYSE:PPLT), from London-based ETF Securities. As the likelihood of the launch increased, shares of platinum and palladium miners soared in anticipation of a bump in prices. These metals present a unique set of risk and return characteristics, and as shown by the intense speculation leading up to and following the launch, may continue to generate interest from investors.

According to a recent Bloomberg article, investors had purchased $277 billion of commodity ETFs and related securities by the end of 2009, attracted by the idea of profiting from raw materials.  The SPDR Gold Trust (NYSE:GLD) has a market capitalization of more than $45 billion, while assets in the iShares Silver Trust approach $5.5 billion.

Commodity ETFs trade just like shares, are simple, efficient, and provide exposure to an ever-increasing range of commodities and commodity indices including precious metals, energy, industrial metals and agriculture. However, it is important for a prospective investor to realize that there are often other factors that affect the price of a commodity ETF that might not be immediately apparent. For example, buyers of an oil ETF such as the United States Oil Fund (NYSE:USO ) might think that as long as oil goes up, they will profit roughly linearly.

What is sometimes unclear to investors is the method by which the ETFs gain exposure to their underlying commodities. Generally commodity ETFs are index funds tracking non-security indexes, although sometimes they will hold the physical assets with a custodial agreement. In the case of many commodity funds, the exposure to the commodity is based on “rolling” front-month futures contracts from month to month. This provides direct exposure to the commodity, but also subjects the investor to risks involved in different prices along the term structure.

When “rolling” an expiring contract into a futures contract, the spot price can be higher (contango) or lower (backwardation) depending on the shape of the futures curve, which can be influenced by a multitude of factors including interest rate environments, storage costs, seasonality effects, and supply versus demand fundamentals.  Investors must also be aware of the potential for arbitrage that has emerged from software designed to identify the institutional programmed rolls in order to manipulate prices or generate positive returns from inefficiencies in the process.