Although the potential merger between the two companies that operate the Toronto Stock Exchange and the London Stock Exchange are within the infancy stages of discussion, the battle lines already appear to be drawn. 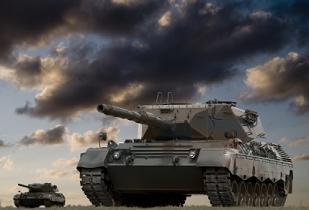 Although the potential merger between the two companies that operate the Toronto Stock Exchange and the London Stock Exchange are within the infancy stages of discussion, the battle lines already appear to be drawn. The deal would give the London Stock Exchange a 55 percent stake in the combined entity, which would have operations and senior executives on both sides of the Atlantic.  The merger would create the world’s biggest stock exchange, with more than 6,000 companies traded, including the vast majority of the world’s publicly traded energy and resource companies.

With an air of skepticism about the proposed marriage of the Toronto and London stock exchanges, Ontario Finance Minister Dwight Duncan challenged the dealmakers to prove it would not become more costly for businesses to list their shares.  Mr. Duncan’s aggressive approach followed a CBC Radio interview last weekend with Bay Street veteran Tom Caldwell, founder of Caldwell Financial Ltd., who took a few digs at the finance minister’s questions about the merger.  Caldwell quipped that Mr. Duncan has “never visited the Toronto Stock Exchange…I don’t even think he knows the current address.”

An accretive deal in the cards

Mr. Caldwell insisted there will be a net benefit to Canada in this deal.

Here are some of his arguments to support a TSX-LSE merger:

The Ontario finance minister indicated that he is hearing concerns raised privately and publicly by Canadian businesses that they fear the shrinking number of world stock exchanges is creating oligopolies with too much control, leading to higher fees for companies to list their shares on them and raise capital. “There will be fewer stock markets…which means pricing in my view will be going up…what does that do for small and medium-sized Canadian businesses?” Mr. Duncan told reporters.

In an interview with Gold Investing News, the Director of Corporate Communications for the TMX Group, Carolyn Quick, pointed out that it is important to note that,”this is not a merger of exchanges; it is a merger of companies that run exchanges. Our merger creates a global platform to serve the full spectrum of mining and energy companies, from early stage through to producing multi-nationals.  We expect that there will be significant new opportunities for Canadian issuers.” A potential benefit of increased awareness of Canadian companies will “attract new investors and capital, which lowers the cost of financing.  In addition, we will work with LSE on a streamlined process for interlisting, which provides issuers who choose to interlist with an enhanced ability to tap new pools of international capital.”

For his part, the finance minister evaded questions on whether Ontario has the power to block the deal on its own.  Commenting to Gold Investing News, Scott Blodgett, the Senior Media Relations Advisor to Ministry of Finance & Ministry of Revenue, could only offer that, “at this point it is premature to talk in detail about the merger of the London and Toronto Stock Exchanges.”

The provincial government’s website points out the strong economic track record for Canada, where for three years in a row, the World Economic Forum has rated the country’s banking system as the soundest in the world. Additionally, Toronto is ranked 12th in the world in competitiveness ratings of global financial centres; however in interest of full disclosure the website declined to mention that London finished ahead in the global pole position.

Proponents say the deal with TMX Group, the parent company of the TSX, would bring greater access to world markets for Canadian companies – particularly mining firms — keep stock listings in Toronto, and allow the London exchange to piggyback on the TMX Group’s Montreal exchange, which specializes in derivatives trading.

Last week the Federal Industry Minister Tony Clement spoke with Mr. Duncan about the proposed transaction.  In a written statement, Mr. Clement told The House of Commons, “Policies of the affected provincial governments” will be among the factors that will weigh into the decision under the Investment Canada Act.  In addition to Ontario, three other provinces can review the transaction: British Columbia, Alberta and Quebec.  Ottawa has 45 days to complete a review after it receives a formal merger application.