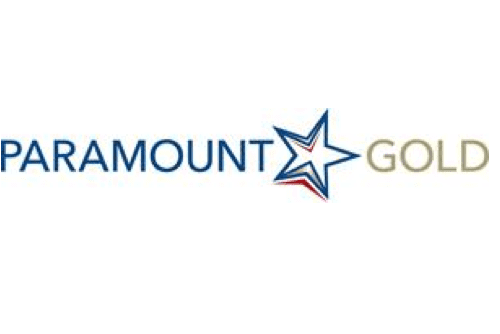 Ausenco is a global diversified engineering, construction and project management company providing consulting, project delivery and asset management solutions to the resources, energy and infrastructure sectors. Ausenco has significant experience in the study and execution of projects similar to Grassy Mountain.

In lieu of cash compensation, Ausenco or a wholly owned subsidiary in the Ausenco Pty Ltd Group will receive 100% of its fees in restricted common stock of Paramount, resulting in the issuance of 1,109,225 shares to Ausenco. The stock price used to calculate the number of shares was determined using the 30-day Volume Weighted Average Price of Paramount’s listed common shares on the New York Stock Exchange American as of the closing price on June 21, 2019, the date of acceptance of Ausenco’s proposal to Paramount. The common stock will be escrowed until Ausenco delivers a final FS to Paramount.

Paramount CEO, Glen Van Treek stated, “We are thrilled to have Ausenco, a globally recognized industry leader in engineering, project development and construction, as a partner to advance our high-grade Grassy Mountain gold project through feasibility, construction and ultimately production.” Mr. Van Treek added, “Having Ausenco on board and becoming a PZG shareholder is a great support that further validates the merits of the Grassy Mountain project.”

Ausenco, together with several other consulting groups, completed the Pre-Feasibility Study (“PFS”) on Grassy Mountain last year. All of the firms have been working with Paramount since then to complete all the required analysis and detailed design for the Consolidated Permit Application to be filed at the State level and the Plan of Operation to be updated and filed with the Federal Bureau of Land Management (“BLM”). Both reports are expected to be filed in the third quarter of this year.

Ausenco along with Golder Associates and Mine Development Associates (now part of RESPEC) will initiate the FS in July with expected completion in mid-2020.

Paramount expects to have all permits in place in 2020, and is preparing to initiate construction immediately following receiving all permits.

As evaluated and positively tested in the PFS, the FS will focus on a 750 ton per day mill followed by a gravity concentration and subsequent Carbon in Leach (“CIL”) process in a closed and confined circuit. The ore will be extracted using a drift and fill underground mining method and trucked to surface.

To stay informed of future press releases, subscribe to our E-Alerts Program and to learn more about our projects visit the projects section of our website.

About Paramount Gold Nevada Corp.
Paramount Gold Nevada is a U.S. based precious metals exploration and development company. Paramount’s strategy is to create shareholder value through exploring and developing its mineral properties and to realize this value for its shareholders in three ways: by selling its assets to established producers; entering into joint ventures with producers for construction and operation; or constructing and operating mines for its own account.

Paramount owns 100% of the Grassy Mountain Gold Project which consists of approximately 11,000 acres located on private and BLM land in Malheur County, Oregon. The Grassy Mountain Gold Project contains a gold-silver deposit (100% located on private land) for which results of a positive PFS have been released and key permitting milestones accomplished (see press release dated May 24, 2018). Additionally, Paramount owns a 100% interest in the Sleeper Gold Project located in Northern Nevada. The Sleeper Gold Project, which includes the former producing Sleeper mine, totals 2,322 unpatented mining claims (approximately 60 square miles or 15,500 hectares).

Safe Harbor for Forward-Looking Statements
This release and related documents may include “forward-looking statements” and “forward-looking information” (collectively, “forward-looking statements”) pursuant to applicable United States and Canadian securities laws. Paramount’s future expectations, beliefs, goals, plans or prospects constitute forward-looking statements within the meaning of the United States Private Securities Litigation Reform Act of 1995 and other applicable securities laws.  Words such as “believes,” ,”bankable”, “plans,” “anticipates,” “expects,” “estimates” and similar expressions are intended to identify forward-looking statements, although these words may not be present in all forward-looking statements.  Forward-looking statements included in this news release include, without limitation, statements with respect to: production estimates and assumptions, including production rate and grade per tonne; revenue, cash flow and cost estimates and assumptions; statements with respect to future events or future performance; anticipated exploration, development, permitting and other activities on the Grassy Mountain project; the economics of the Grassy Mountain project, including the potential for improving project economics and finding more ore to extend mine life; and mineral reserve and mineral resource estimates. Forward-looking statements are based on the reasonable assumptions, estimates, analyses and opinions of management made in light of its experience and its perception of trends, current conditions and expected developments, as well as other factors that management believes to be relevant and reasonable in the circumstances at the date that such statements are made, but which may prove to be incorrect. Management believes that the assumptions and expectations reflected in such forward-looking statements are reasonable. Assumptions have been made regarding, among other things: the conclusions made in the PFS; the quantity and grade of resources included in resource estimates; the accuracy and achievability of projections included in the PFS; Paramount’s ability to carry on exploration and development activities, including construction; the timely receipt of required approvals and permits; the price of silver, gold and other metals; prices for key mining supplies, including labor costs and consumables, remaining consistent with current expectations; work meeting expectations and being consistent with estimates and plant, equipment and processes operating as anticipated. There are a number of important factors that could cause actual results or events to differ materially from those indicated by such forward-looking statements, including, but not limited to: uncertainties involving interpretation of drilling results; environmental matters; the ability to obtain required permitting; equipment breakdown or disruptions; additional financing requirements; the completion of a definitive feasibility study for the Grassy Mountain project; discrepancies between actual and estimated mineral reserves and mineral resources, between actual and estimated development and operating costs and between estimated and actual production; and the other factors described in Paramount’s disclosures as filed with the SEC and the Ontario, British Columbia and Alberta Securities Commissions.

Except as required by applicable law, Paramount disclaims any intention or obligation to update any forward-looking statements as a result of developments occurring after the date of this document.