Orsu Metals Corporation (TSXV:OSU) (“Orsu” or the “Company”) is pleased to announce additional metallurgical test results on a primary sulfide sample (WK18-1) from Klyuchi West prospect at the Sergeevskoe Gold Project in Russia.

Orsu Metals Corporation (TSXV:OSU) (“Orsu” or the “Company”) is pleased to announce additional metallurgical test results on a primary sulfide sample (WK18-1) from Klyuchi West prospect at the Sergeevskoe Gold Project in Russia. Positive cyanidation test results for oxide samples from Adit 5 (85.17% to 95.3% recovery) and Kozie (91.72% to 92.32%) prospects were announced on March 12, 2018. The 2018 drill holes and trenches were completed within a 1 sq km area in the southeast of the Sergeevskoe license at Zone 23, Adit 5, Klyuchi West and Kozie prospects, with scout holes drilled at the Sergeeva and Peak Klyuchi prospects.

Dr. Alexander Yakubchuk, Director of Exploration of Orsu commented: “Our first metallurgy tests for the primary mineralization sample from the Klyuchi West prospect achieved 85.8% to 89% recoveries of gold with cyanidation in gravity-flotation scheme. This result is consistent with historically achieved recoveries at the nearby Klyuchevskoe gold mine. Orsu is conducting additional metallurgy tests on samples for the Zone 23 and Adit 5 prospects.”

Dr. Sergey V Kurzin, Executive Chairman of Orsu commented: “Concurrently with establishing a maiden resource at Sergeevskoe property, Orsu is conducting an extensive metallurgical testing program. The Company earlier reported excellent recoveries from cyanidation tests for oxide samples from Adit 5 and Kozie prospects ranging between 85% to 95% recoveries (see press-release dated 12 March 2018). We are now pleased to see the positive results of the initial metallurgy test results on the sulphide mineralization from the mineralization of the Klyuchi West zones. We are encouraged by achieved gold recoveries, which represent only initial standard tests, which have to be optimized further.”

As part of its 2018 exploration works, Orsu collected sample WK18-1, consisting of visually unoxidized rock fragments, 100 mm in size and smaller. The intrusive rocks contain chaotically-oriented veinlets in voluminous gold-mineralized stockwork at the Klyuchi West prospect (see press release August 8, 2018). The tests included studies of chemical and physical properties, gravity and flotation beneficiation, as well as bottle roll cyanidation of gravity, flotation and gravity-flotation concentrates. The study was conducted at the Irgiredmet Institute (“Irgiredmet”) in Irkutsk, Russia, which is specialized in conducting the metallurgy tests and is independent from Orsu. 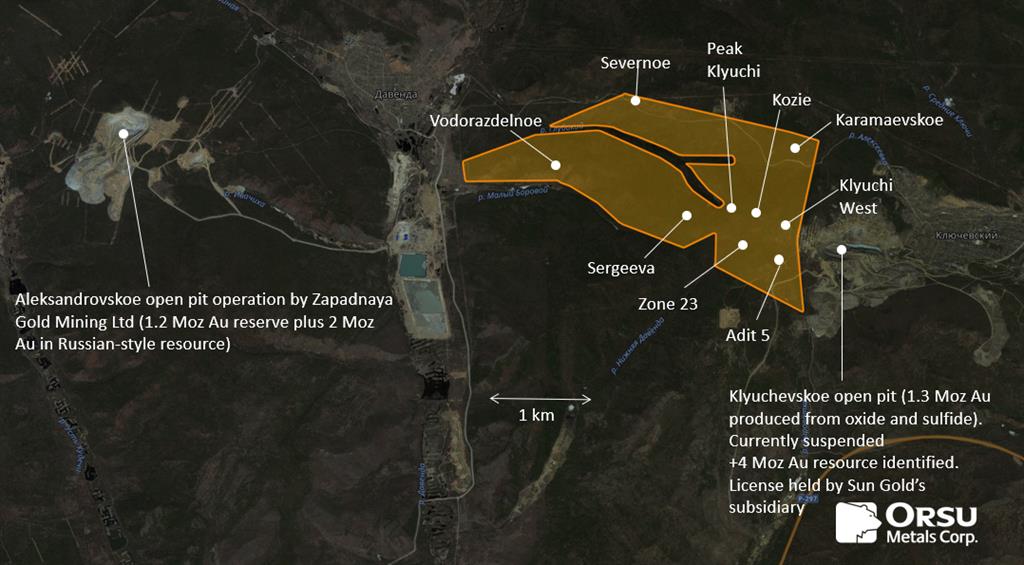 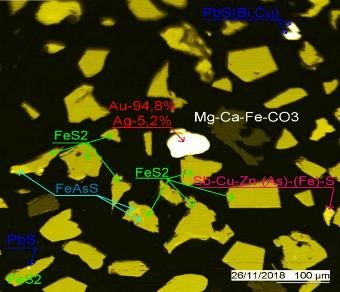 Direct cyanidation of WK18-1 sample demonstrated an 80% recovery of gold during 24 hours.

Cyanidation of the specially prepared flotation concentrate, grading 18 g/t Au, recovered 79.82 to 80.65% of gold during 24 hours, with 0.19 g/t Au reporting into flotation tailings. The cyanidation of the tailings showed 66.7% recovery of gold.

The study by Irgiredmet showed that 85.8% of gold can be recovered using the gravity-flotation scheme with cyanidation.

This release and the technical data reported have been reviewed and approved by Alexander Yakubchuk, Director of Exploration of the Company, also a Qualified Person as defined in NI 43-101.

Click here to connect with Orsu Metals Corp. (TSXV:OSU) for an Investor Presentation.