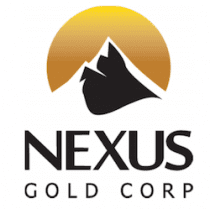 The Dakouli 2 property is located on the Boromo-Goren Greenstone Belt and is bordered to the north by granitic rocks. It is also bisected by the Sabce shear zone, a major structural fault proximal to multiple gold deposits which trends southwest-northeast and bisects the entire long axis of the property. The Sabce is the dominant feature at the 3M+ ounce Bissa deposit, currently being mined by Nordgold approximately 20-kms to the northeast of the Dakouli 2 permit.

The Company has identified a large orpaillage situated on the permit’s eastern border which is being actively exploited by artisanal miners.

”Dakouli is a promising addition to our portfolio,” said Alex Klenman, President & CEO. ” Our crew knows the area well as our Niangouela project is adjacent directly to the north of Dakouli and has provided some high-grade results in the past. We feel Dakouli may also present some higher-grade opportunities. The property contains some highly developed artisanal sites, which we believe is indicative of significant mineralization. We are immediately going to start testing these zones and get a good idea of what we’re dealing with,” continued Mr. Klenman.

The addition of Dakouli 2 increases the Nexus Gold land holdings in Burkina Faso to over 664-sq kms (66,000+ hectares) or over 256-sq miles of highly prospective ground along proven gold belts.

Figure 3: Gold mines/deposits in Burkina Faso, in relation to Nexus Gold project locations. Dakouli 2 is located on the southern boundary of the Niangouela project.

In addition to the newly-acquired 100% owned 198-sq km Dakouli 2 project, Nexus has three other gold projects in Burkina Faso in various stages of exploration development.

Rakounga – The 250-square km Rakounga gold concession is adjacent to and extends the Bouboulou gold trends and currently contains three drill-tested zones of gold mineralization. Over 15-kms of gold trend has been established between the eight known Bouboulou and Rakounga gold zones. Drilling at the Koaltenga zone has produced some lengthy gold intercepts, with several higher-grade intervals.

Niangouela – The Niangouela gold concession is a 178-square km project featuring high-grade gold occurring in and around a primary quartz vein and associated shear zone approximately one km in length. The Dakouli 2 project is 198-sq km concession adjacent to Niangouela’s southern border.

Burkina Faso is home to several multi-million-ounce gold deposits and operating mines, under the control of some of the world’s largest gold producers.

Nexus Gold is a Vancouver-based gold exploration and development company operating primarily in Burkina Faso, West Africa. The company is currently concentrating its efforts on establishing a compliant resource at one or more of it’s four current projects.

Click here to connect with Nexus Gold (TSXV:NXS,OTC:NXXGF,Frankfurt:N6E) for an Investor Presentation.