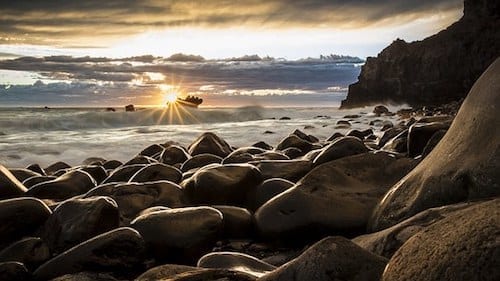 New Gold’s share price climbed more than 10 percent after the company announced positive results for both gold and copper production in Q4.

Shares of New Gold (TSX:NGD,NYSEAMERICAN:NGD) rose over 10 percent on Tuesday (January 8) after the company released its fourth-quarter production results.

The miner produced 110,559 ounces of gold during Q4 2018, with full-year production coming to 455,448 ounces thanks to impressive results at both its Rainy River and New Afton mines.

“We are pleased to report a strong fourth quarter at both Rainy River and New Afton. It is encouraging to see the improvement in overall performance achieved at Rainy River in the final four months of the year,” stated CEO Renaud Adams.

The Rainy River mine experienced its best quarter to date, putting out a total of 77,202 ounces of gold in the fourth quarter — an increase of 39 percent from Q3 2018.

“This marks a pivotal turning point for Rainy River as we reposition the asset for long-term success. The stronger production delivered during these months allowed the operation to comfortably meet revised annual production guidance,” Adams explained.

Rainy River performed strongly during the third quarter of last year as well, and produced 45 percent of the 227,284 ounces it put out in 2018 in the last four months of the year.

As for the New Afton mine, it delivered 18,778 ounces of the yellow metal during Q4 for yearly production of 77,329 ounces.

Looking forward, Adams revealed, “[w]e begin 2019 on a positive note and we expect to build on the successes achieved at Rainy River in 2019 with a disciplined strategy of driving operational and cost efficiencies throughout the operation.”

This year, New Gold plans to launch a comprehensive review at Rainy River that will include alternative underground-mining scenarios. The miner is looking to reduce capital and improve the return on investment for the underground portion of the mine’s life.

“It is with a renewed commitment that we have relaunched a development strategy for the New Afton C-zone which will significantly extend the mine life of this core asset and unlock its long-term value potential,” Adams said.

The development strategy for the New Afton C-zone will extend the mine’s life to 2030 with robust economics, according to the company.