With nearly 70 percent of the earth’s surface located underwater; it is no surprise that exploration companies are turning their attention to the bedrock and sediments below the ocean as a potential source of minerals. 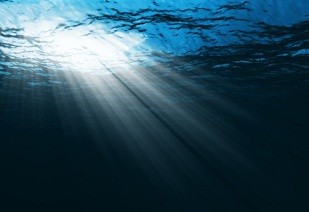 With nearly 70 percent of the earth’s surface located underwater; it is no surprise that exploration companies are turning their attention to the bedrock and sediments below the ocean as a potential source of minerals. This so called “marine mining” is not a new undertaking. The first marine exploration and mining took place in the 1960’s and 1970’s when miners excavated manganese nodules from the ocean floor. These nodules provided a good source of nickel, copper and cobalt.

Since the start of marine mining, companies have explored for practically every mineral and gemstone imaginable. Currently, 90 percent of the world’s diamonds are mined from the sea off Namibia and South Africa. At the beginning of the current century, in the deep sea, explorers located rocky ore deposits called seafloor massive sulfides, or SMS. These large underground deposits contained massive amounts of copper and gold. This discovery piqued the interest of companies looking to explore the marine environment.

With most of the world’s land mass submersed, why has the method of marine mining been slow to gain momentum? Well, there are two main reasons: politics and technological limitations. Before the UN Law of the Sea Conference, there was no agreement as to how much of the continental shelf belonged to a country, and at which point it became international waters. Additionally, the costs of such ventures were extremely high in the 1960′s and 1970′s, when the  technology was first developed. Now, with ownership questions settled, a great improvement in technology, and sky-high commodities prices, marine exploration is heating up.

Gold is found in the ocean floor in both solid rock, and as a part of sediment. When rivers meet the ocean, they deposit all the material that they have collected, and carried through their journey across the continent. In addition, gold and other minerals that are found in the ocean could have, in the past, actually been deposited in a terrestrial environment. The ocean level has not been stable over the earth’s history and has adjusted according to changes in climate, and glaciation. Offshore submerged beaches can contain large amounts of gold, and other minerals such as titanium, zirconium, rare earths, tin and diamonds.

Located 1-2km under water, SMS deposits appear like giant rock formations about 200m long and wide, and tens of meters thick. The deposits are found in underwater volcanic areas, and are created by hydrothermal plumes. When seawater seeps through  the porous seabed, the water is heated  and is then spurted back up into the ocean through the black smokers. The fluids emitted by these deep-sea vents are rich in metals and high in temperature. When the fluids hit the near-freezing water, the metals precipitate and form chimneys around the plumes. Over time, these chimneys collapse and form the polymetallic sulfide deposits that can be mined today. These deposits are an excellent source of copper and gold, as well as zinc, lead, silver and sulfur.

The technology behind SMS exploration and mining has benefited from advances in underwater drilling for oil and gas. A lot of the technology used for SMS mining is based on existing equipment used in the oil and gas sector, with some overlap with marine dredging and offshore diamond mining methods. The key equipment, borrowed from offshore oil and gas, relates to seafloor trenching, where remotely operated vehicles (ROVs) are used to excavate the seafloor for laying oil and gas pipelines. In SMS mining, similar ROVs are used to cut and lift sections of the deposit, which are then vacuumed and pumped up a flexible pipeline to the vessel at the surface. The only difference in the technology requirements is that while ROVs used for oil and gas pipeline trenches only need to function at depths of less than 500m, ROVs used for SMS mining need to work at 1,500m depths or more.

It will take some more advances before SMS mining will come to the forefront, however, preliminary economic assessments indicated that commercial SMS mining ventures have the potential to be very lucrative. Depending on the concentration of minerals, SMS deposits have a value of US$500-$2,000 per tonne, with operating costs per tonne estimated at US$145-US$162. As the prices of gold and copper skyrocket, the value of these deposits increases as well. As land based deposits are exhausted, there is even more incentive to explore SMS marine mining.

Marine diamond mining has only been viable since the 1990’s.  Marine diamond mining employs both “vertical” and “horizontal” techniques to extract diamonds from offshore placer deposits. Vertical marine mining uses a 6 to 7 meter diameter drill head to cut into the seabed and suck up the diamond bearing material from the sea bed. Horizontal mining employs the use of Seabed Crawlers (remotely controlled, CAT-tracked underwater mining vehicles) that move across the sea floor pumping gravel up to an offshore vessel. DeBeers is at the forefront of marine diamond mining, with the majority of their diamonds mined from the sea. Some analysts predict that the total value of offshore diamonds in southern Africa (extending into very deep waters) may exceed US$1 trillion.