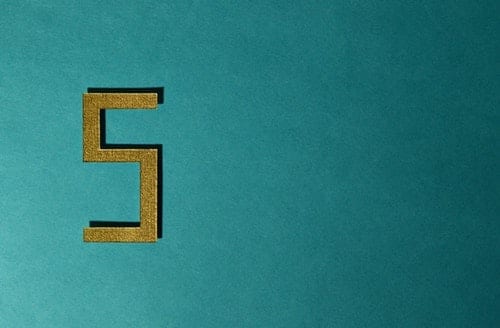 This year’s Precious Metals Summit is now over, and the Investing News Network (INN) is back from a busy few days covering the event.

Held in Beaver Creek, Colorado, from September 10 to 13, the conference was eventful — attendees had packed schedules, and the venue’s many meeting rooms were abuzz.

Read on to learn about INN’s five takeaways from the conference. You can also click here to view our interview playlist from the event on YouTube; check back as we continue to add more.

Throughout the conference, many attendees pointed to a change in sentiment in the gold space, saying that there’s an air of positivity in the market.

“I think what you saw was a fundamental change in the way people are viewing gold,” said Adrian Day of Adrian Day Asset Management. “So people were apathetic, and then they became hostile and now they’ve become — the sentiment has turned more positive.”

Speaking specifically about the Precious Metals Summit, Jayant Bhandari of Anarcho Capital said crowds at the event seemed bigger than they have in previous years. “My guess is there is clearly an increased interest in the gold sector, and perhaps even in the commodities sector again,” he noted.

2. The gold price will keep rising…

Most market watchers INN spoke with said they see the yellow metal continuing to rise moving forward, although some predictions were more optimistic than others.

Coming in on the high end, Rob McEwen of McEwen Mining (TSX:MUX,NYSE:MUX) said he thinks gold has the potential to reach US$1,700 per ounce this year and could go much higher in the future.

Also on the high end was David Rosenberg of Gluskin Sheff & Associates. Speaking in a fireside chat at the event, he reiterated his recent call for US$3,000 gold.

Jamie Keech of Resource Insider suggested that the yellow metal could hit an all-time high in the next couple of years, while on the more conservative side, Jonathan Guy of Numis Securities said he thinks gold could reach US$1,600 or US$1,700 in the next 12 to 18 months.

Despite the broad consensus that the gold price will keep going up, some interviewees said they anticipate a pullback in gold before it moves higher.

Gerardo Del Real of Resource Stock Digest said he thinks gold’s recent rise was too high and too fast — he sees the yellow metal potentially falling as low as US$1,380 before resuming its upward trajectory.

“I believe after that (fall) happens we’re going to have kind of a slingshot effect. And I think by the end of the year we could very well be testing US$1,600 gold. So that’s how volatile I think the next couple of months will be in the gold space,” he said.

Mercenary Geologist Mickey Fulp had similar thoughts, saying gold has risen too much too soon.

“I think it would be really healthy in the market if it would have a correction, even if it went back to US$1,430 — you don’t want it to go below that, but it needs to test some lower levels here before it goes on its next run up,” he said.

Barrick Gold (TSX:ABX,NYSE:GOLD) and Randgold Resources announced plans to combine this time last year, kicking off a trend of mega deals in the gold space.

Since then, industry participants have been questioning whether M&A activity in the gold space will continue, and when newly merged companies may divest assets that no longer fit into their plans.

Del Real said that, outside Australian producers, a lot of companies simply don’t have the money available to make acquisitions right now, but they might soon.

“What I think is going to be a big trend the next two quarters is those companies (will use) a higher gold and silver price, if that materializes, to buffer up that balance sheet and the treasury. And then I anticipate that in 2020 you’re going to see a flurry of mergers and acquisitions.”

Many people INN spoke to at the Precious Metals Summit commented that while gold miners have seen their share prices go up alongside the rising gold price, the same can’t be said for juniors.

Investors should take heart, however — gold juniors are expected to have their time to shine eventually.

Shedding light on what could spark a move, Doug Groh of Tocqueville Asset Management commented, “I think liquidity is an important concern for investors, and typically small-cap companies don’t have that liquidity that larger cap-companies have. So you don’t see the general market moving to the small caps until I think you’ll see a much higher gold price.”

Groh added that it also might help to see a correction in the gold price.

“I think with that you’d also see a broader interest in the precious metals equities as well as investors take advantage of that lower precious metal price.”