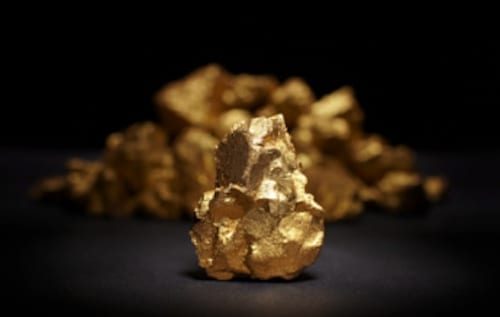 The World Gold Council has released its Demand Trends 2018 report, revealing that demand grew by 4 percent over the course of the year.

This increase in demand was heavily supported by the highest central bank buying in 50 years and accelerated investment in bars and coins during the second half of the year.

However, while exchange-traded fund (ETF) inflows were up by 112.4t in Q4, annual inflows into these products were actually 67 percent lower than the previous year.

1. Central banks demand for gold surged to a multi-decade high

Central bank net purchases reached 651.5t in 2018 — 74 percent higher than 2017. WGC noted that this increase was the highest level of annual net purchases since the suspension of dollar convertibility into gold in 1971.

“Heightened geopolitical and economic uncertainty throughout the year increasingly drove central banks to diversify their reserves and re-focus their attention on the principal objective of investing in safe and liquid assets,” the WGC stated.

Russia, which is “de-dollarising” its reserves, purchased 274.3t last year, which was funded by the almost total sale of its US Treasuries portfolio. As the report states, this is the highest level of annual net purchases on record and the fourth consecutive year of over 200t purchases. Russia’s gold reserves have increased for 13 consecutive years, increasing 1,726.2t over the period to total 2,113 at the end of the 2018.

China notably jumped back into adding gold reserves after not doing for two years. The People’s Bank of China increased its holdings to 59.56 million ounces.

Annual jewellery demand was flat at 2,200t, following a 3 percent year-on-year drop in Q4. However, the Asian country remained the largest catalyst of growth in 2018.

Jewelry consumption in China rose 3 percent in 2018, despite a weak Q4.

The WGC added that the ‘Golden week’ holiday in October did not provide the usual boost to demand that it has done in the past.

Turkish jewelry tumbled during the fourth quarter as it sank 21 percent to just 9.1t due to rising unemployment and double digit inflation rates which almost decimated disposable incomes.

The Middle East also experience a dip in demand, with Iran showing the largest decline with a 32 percent year-on-year drop and a 35 percent annual fall. The WGC noted, “[f]or 2018, the market hit a new record low of 29.5t as continued sanctions ravaged demand.”

Finally, US demand hit a nine-year high when it grew 4 percent to 128.4 tonnes for the year. European demand was down 1 percent, coming in at 73.4t.

Inflows into global gold-backed ETFs and similar products totalled 69t last year, which is equivalent to US$3.4-billion of inflows. Inflows were 67 percent lower than the 206.4t in 2017.

The report also noted that global inflows of 112.4t during the fourth quarter reversed the 104t of outflows from Q3. Growth during Q4 was split almost equally between US-listed and European-listed funds, with inflows of 57.1t and 59.1t respectively.

“A pick-up in retail investment demand in the second half of the year, boosted by the fall in the gold price across most currencies in Q3 and heightened equity market volatility in Q4, made up for the relatively quiet H1,” the WGC stated.

Bar sales were steady at 781.6t, while coin demand experienced an annual demand surge of 26 percent to 236t, the second highest level on record.

For its part, India, the second largest bar and coin market in the world, saw annual demand fall 4 percent to 106.2t.

Elsewhere, South East Asia posted an increase in annual demand with Indonesia climbing over 10 percent, Thailand over 7 percent and Vietnam over 9 percent. In total, these countries accounted for 131.3t, equal to 82 percent of the South East Asian bar and coin market for last year.

5. Gold use in technology grew marginally

Despite the growth, gold used in technology fell to 84.1t in Q4.

In terms of electronics, demand was up 1 percent to 268.3t for the year. However, it was a down season for LED, with the WGC noting, “Q4 2018 was particularly weak: the volume of gold used in these applications was 8-10 percent lower year-on-year.”

Most of the drop in technology demand can be attributed to the ongoing trade disputes between US and China.

On the positive side of demand, Printed Circuit Board sector, rose 1-4 percent from 2017 thanks to strong demand in the automotive sector.

Finally, on the other side of the market, annual gold supply grew marginally to 4,490.2t, with mine production inching up to record 3,364.9t.

Gold Price Well Above US$1,600 as COVID-19 Cases Increase
Indonesia: Coronavirus Will Delay US$11 Billion in Projects
Remi Piet: Mining on Indigenous Land in Brazil Would Trigger Conflict
Top Cobalt Reserves by Country