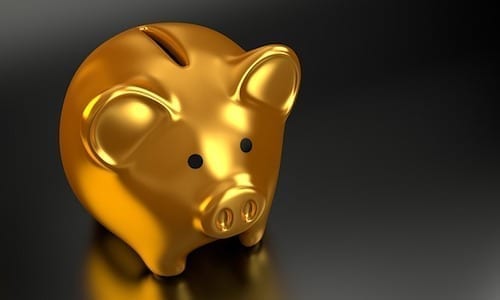 After the second interest rate hike of 2018 was announced, the price of gold remained just below the all-important US$1,300-per-ounce mark.

After two days of meetings regarding monetary policy, the US Federal Reserve officially announced the second interest rate hike of the year on Wednesday (June 13).

The Fed lifted the target federal funds rate by 25 basis points, from 1.75 to 2 percent, but the increase had little impact on gold, which remained just below the psychological barrier of US$1,300 per ounce.

Brien Lundin, president and CEO of Jefferson Financial, told the Investing News Network, “[g]old has shown little response, so far, to the Fed’s rate hike, but the story remains to be written.”

He added, “as investors who track the various gold-oriented websites and Twitter feeds know well, many analysts have been noting how gold has traded lower in advance of Fed rate hikes, only to rally strongly afterward.” Lundin, as well as other market watchers, has noticed this tendency since late 2015.

Now, however, he now fears this type of rally will stop happening. He explained, “this dynamic is so well known and widely expected, it will stop working as traders compensate for the effect.”

Lundin also noted that there could be a secondary element in play with the precious metal in relation to the Fed hike. He stated, “[a]nother possibility: it could ‘stop working’ now, only to start working later.”

He added, “many of those who’ve begun touting this trading pattern are careful to note that it’s only failed to work one time, and that was after last year’s June rate hike. However, in that instance the effect was simply delayed — gold began to rally about two weeks after the June 2017 rate increase.”

Lundin pointed out that if gold follows the same pattern that it did in June 2017, where it saw around a 10-percent gain during its delayed rally, then it has the potential to go “well over the key US$1,400 mark.”

In addition to Wednesday’s interest rate hike, the markets are also reacting to the Fed’s guidance regarding future interest rates. The median average of the central bank’s updated forecasts rose from March’s projection to 2.8 percent.

The forecast also suggests that the Fed will raise interest rates two more times in 2018.

Interest rates are expected to increase to 3.1 percent by the end of next year, up from the previous estimate of 2.9 percent. By the year 2020, the Fed expects interest rates to climb to 3.4 percent.

Rounding out the Fed’s meeting comes the knowledge that the central bank expects US GDP to grow by 2.8 percent in 2018, with economic activity projected to expand by 2.4 percent in 2019. Overall, the economy is expected to grow 2 percent in 2020.

Neils Christensen of Kitco News stated, “[n]egative for gold though is that the central bank also forecasts tame inflation pressures throughout year. With higher interest rates, this means that real interest rates will push higher.”

He added, “[t]he projections show inflation rising 2.1 percent for the next three years. Inflation expectations are slightly higher this year compared to March’s forecast of 1.9 percent.”