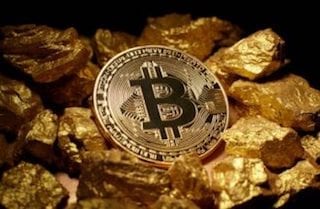 Frank Holmes, CEO and chief investment officer of US Global Investors, shares his thoughts on cryptocurrencies and the gold market.

The Investing News Network (INN) caught up with Frank Holmes, CEO and chief investment officer of US Global Investors (NASDAQ:GROW), at this year’s Silver & Gold Summit to get more insight on the future of gold and cryptocurrencies.
Holmes, who is also chairman of HIVE Blockchain Technologies (TSXV:HIVE), began by sharing his thoughts on the surge in the price of bitcoin.
“I think the real big phenomenon is that bitcoin is not dismantling gold. Bitcoin is waking up the world on blockchain technology — the ability to send transactions inexpensively, no counterfeits [and] decentralized around the world in 10 minutes,” he said at the sidelines of the conference.