Many investors are painfully aware of securities fraud allegations that seem to consistently attract media attention and challenge legal teams, security regulators and forensic accountants. Unfortunately, the perpetrators rarely seem to face justice; and the multiple victims including the general capital markets, never have restitution fully paid or confidence rebuilt. 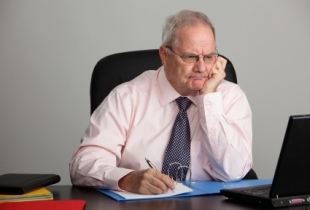 Many investors are painfully aware of the securities fraud allegations that seem to consistently attract media attention and challenge legal teams, security regulators and forensic accountants.  Some involve conspiracies, clandestine meetings as well as “smoke and mirror” accounting that can make for compelling revelations in the most noteworthy schemes. In the battle against securities fraud, information is the investor’s best tool.  Often the headlines that grab the most attention in the popular news copy read more like a spy novel, than simply the Securities and Exchange Commission (SEC) suspending trading temporarily. Nevertheless, such headlines are necessary for enhancing transparency in an era of declining corporate governance.

The most notorious mining fraud case is the Bre-X scandal, in which the infamous company reported possession of an enormous gold deposit at Busang, Indonesia.  Bre-X had acquired this Borneo site in March 1993 and by October 1995 had already announced the discovery of significant amounts of gold, sending its stock price soaring. Originally, the exploration company was a penny stock, but by May 1996 its stock price peaked at $286.50.

The fraud began to unravel rapidly on March 19, 1997 when the company geologist Michael de Guzman suspiciously died, falling from a helicopter over dense rainforest terrain.  Within a week an American prospective partner in the project announced that its own due-diligence core samples showed “insignificant amounts of gold” resulting in a major sell off for Bre-X shares.

By early May 1997, an independent source published confirmation that the Busang ore samples had been salted with gold dust and tests showed that gold in one hole had been shaved off gold jewelry.  The losses for the investment community were in the billions, and exposure spread to pension funds, institutional investors, and even the Toronto Stock Exchange, leading to a tumultuous realignment of the Canadian stock exchanges with prolonged effects that are currently still relevant.

Of course, not every instance involves comparable elements of intrigue as Bre-X; however, resource investors may still be interested in some recent developments.

On June 18, the SEC won a default judgment permanently banning newsletter writer Bob Chapman from penny stocks for his role in the manipulation of Sedona Software Solutions Inc.  This case was originally launched on December 19, 2007, when the SEC filed a complaint describing how several men manipulated Sedona and another Vancouver-based stock, SHEP Technologies Inc., and grossed $5.8-million selling shares of both companies. The defendants included Bermuda brokerage LOM (Holdings) Ltd. and its principals, Scott and Brian Lines. The two companies were traded on the loosely regulated over-the-counter bulletin board (OTCBB) in the U.S. and two clients of LOM (Holdings) Ltd. were implicated in the complaint and alleged to have made $6 million in 2003 by selling restricted shares.

In a classic “pump-and-dump” stock scheme, Mr. Chapman’s role in the incident was to create an “independent” research report on Sedona, which sited that the company was “an incredible opportunity that could be the largest public offering in the United States for a mining company this year.” Despite the penny stock’s previous close at three cents, he predicted that it would hit $62.  Following the bold prediction, the two Lines brothers began manipulating the stock, of which they had acquired 99 percent via nominee accounts. In a one-week period in January 2003, with the shares trading as high as $10, the Lines brothers sold shares in Sedona worth $1.36 million before the SEC suspended trading on January 29, 2003 because of concerns regarding the information being disseminated.

The SHEP Technologies, which had designed technology for automobiles to capture lost kinetic energy generated during vehicle braking and then utilize this recovered energy during the inefficient low-speed acceleration phase, became the subject of a case involving two clients of the Lines brothers secretly acquiring more than 80 percent of the shares of the publicly traded company before arranging a reverse takeover with SHEP. Neither SHEP Technologies, nor its principals were implicated in the SEC lawsuit.

The Lines brothers arranged for Lawrence Isen, a newsletter writer to promote the stock.  On February 21, 2003, The OTC Journal, which is owned by Mr. Isner Isen published a report stating that the stock could trade as high as $10 within a year, although the last closing price was $1.75.  In one of the newsletters, Mr. Isen wrote, “I have no idea why the stock has been on such an exciting tear. There is nothing going on behind the scenes that I am aware of.”

As he wrote articles urging investors to buy shares of SHEP Technologies, Mr. Isen simultaneously sold 90,000 shares that he received as compensation for his work without disclosing this glaring conflict of interest to his readers.  In December of 2007, Mr. Isen agreed to a judgment without admitting or denying allegations of securities fraud and he consented to pay civil penalties and disgorgement totaling more than $170,000.

Where are they now?

For his part, Bob Chapman continues to communicate information on business, finance, economics and political issues through the International Forecaster.  He claims to reach an audience of “10,000 investors and brokers monthly directly, and parts of his publication are picked up by 60 different websites weekly exposing his ideas to over 10 million investors a week.”

As early as November 2000, Lawrence Isen had already been convicted of conspiracy to commit securities fraud and wire fraud for receipt of secret payments in the promotion and sale of stocks as a broker, reaching as far back as the early 1990s.  Far from being put out of business, Mr. Isen’s stock-touting enterprise continues to thrive.  Today, Mr. Isen continues to operate a number of San Diego-based financial advisory websites including OTC Journal and SmallCapNetwork.

Securities fraud often consists of deceptive practices in the stock and commodity markets, and occurs when investors are enticed to part with their money based on misrepresentations or inaccurate data.  Unfortunately, the perpetrators rarely seem to face justice; and the multiple victims including the general capital markets, never have restitution fully paid or confidence rebuilt.  As is so often from these cases, many of the individuals involved continue to operate, suffering minor consequences relative to the residual effects of mistrust and pain felt by investors.

2 responses to “Fool’s Gold: The SEC Strikes Back”