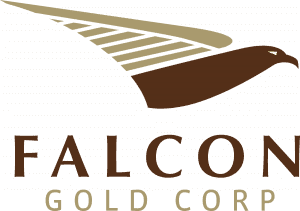 Falcon Gold Corp. (TSXV:FG) (“Falcon” or the “Company”) reports it has acquired through staking an additional group of 51 mining claim units east of its original Coomer Lake Vanadium-Titanium property.

Falcon Gold Corp. (TSXV:FG) (“Falcon” or the “Company”) reports it has acquired through staking an additional group of 51 mining claim units east of its original Coomer Lake Vanadium-Titanium property. As previous announced on September 5th and 18th, 2018, Falcon has the right to earn a 100% interest in the original Coomer Lake property that comprises an area of approximately 800 hectares (“ha”). The new East Claim Block is located east of the Attawapiskat River, approximately 4.5 km east of the original units.

The Property is located within the James Bay Lowlands of northern Ontario in the Porcupine Mining Division, District of Cochrane. It is 250 kilometres (“km”) north of the town of Nakina, Ontario, and approximately 40 km south of Noront Resources Ltd. mining leases at the Ring of Fire developments. Noront’s proposed north-south access corridor is 12 km east of the Property. The Property is accessible only by floatplane and boat where the Attawapiskat River is the main waterway.

The Coomer Lake area occurs within the Archean-age Sachigo Subprovince of Northwestern Superior Province. The Fishtrap Intrusive Complex entirely underlies the Property and is a layered, differentiated mafic intrusive body which for the most part is covered by glacial till. A high resolution airborne magnetic survey completed in 2003 defined the banded and folded complex reflecting the fractionated lithologies of the layered complex.

The vanadium and titanium mineralization occurs in magnetite-rich bands within the Fishtrap intrusion. The bands show as strong geophysical anomalies that have arcuate signatures with an overall 26 km strike length. In a news release dated February 12, 2007, Northern Shield Resources Inc. reported diamond drill hole, 06HB-04, intersected massive magnetite over a width of 4.9 m that averaged 0.75% V2O5 and 7.56% TiO2. Another 13 drill holes were completed by Northern Shield on other locations of the intrusion with the objective of discovering platinum group metals and chromium mineralization. No follow-up on the vanadium and titanium occurrence has been reported despite the encouraging analytical results and the notable geophysical anomaly.

The technical content of this news release has been reviewed and approved by Mr. Bob Chataway, P. Geo., who is a Qualified Person as defined by National Instrument 43-101, Standards of Disclosure for Mineral Projects.

Falcon is a Canadian mineral exploration company focused on generating, acquiring, and exploring opportunities in the Americas. Its Canadian projects include; the Central Canada cobalt, gold project and the Wabunk cobalt, copper project in N.W. Ontario, and the Burton gold property located near Sudbury, Ontario. Falcon also has an agreement to acquire seven (7) contiguous mineral concessions covering an aggregate area of 20,461 ha located within the Sierra de Las Minas District, Argentina which is known to be host to several past producing gold, copper and silver mines. The Company has 32.9 million common shares outstanding and is listed on the TSX Venture exchange with the trading symbol: “FG”. For information on the Company, please visit our website: www.falcongold.ca.

This news release may contain forward looking statements including but not limited to comments regarding the timing and content of upcoming work programs, geological interpretations, receipt of property titles, etc. Forward looking statements address future events and conditions and therefore, involve inherent risks and uncertainties. Actual results may differ materially from those currently anticipated in such statements.

Click here to connect with Falcon Gold Corp. (TSXV:FG) for an Investor Presentation.