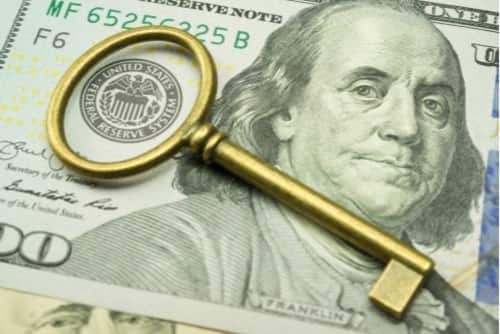 Speaking at the New Orleans Investment conference, Danielle DiMartino Booth said that a financial crisis may be looming in the US and abroad.

Speaking at the New Orleans Investment conference, Danielle DiMartino Booth, expert US Federal Reserve critic, as well as CEO and chief strategist of Quill Intelligence, told attendees that significant indicators are pointing to a looming financial crisis in the US and abroad.

“I think Jerome Powell wanted to engineer a soft landing for the economy and right now he is probably taking a victory lap saying you know, ‘I’ve managed to pull off an Alan Greenspan sequel,’ something in the spirit of 1995 or 1998,” DiMartino Booth told the Investing News Network (INN), referring to the times former Fed Chair Alan Greenspan was able to cut rates, then raise them, which prompted economic expansion.

“I distinguish the difference between now and then as, in 1995 we were at the beginning of an economic expansion, there was a lot of runway. Now we’re at the tail end — we’re late cycle — of the longest economic expansion in US history.”

The author of “Fed Up,” which uses her insights learned from time working at the Federal Reserve bank in Dallas to analyze the 2008 economic meltdown, also spoke to INN about how the Fed has warped the term price discovery, distorting the investment landscape.

“It comes down to that old phrase, ‘lower for longer and don’t fight the Fed,’ and I think the genesis of these two statements is opposed to markets functioning as they would naturally,” she said.

“If the Federal Reserve holds interest rates too low for too long then investors are going to behave differently and they are going to invest and trade amongst one another differently knowing that they can take more risk on because if something is to go wrong the Fed’s got their back, and that completely distorts the whole price discovery and the whole idea of risk, reward and consequences you take on for speculating.”

Investors should also be cautious of the ill rated bonds, which the chief strategist at Quill likens to subprime loans.

“You can’t pile on that level of leverage (US debt levels) without some serious risk taking and loosening of terms,” she said, “and I think that is where we sit today, where we talk about leverage loans going bad and ill rate bonds that investors think are investment grade that really aren’t and shouldn’t be rated as such in the same spirit as subprime mortgages were a decade ago.”

Listen to the interview above for more from DiMartino Booth on what the US can do to encourage economic growth, how investors can make sense of the markets amid the global uncertainty and what it all means for the gold sector. You can also click here for our full New Orleans Investment Conference playlist on YouTube.