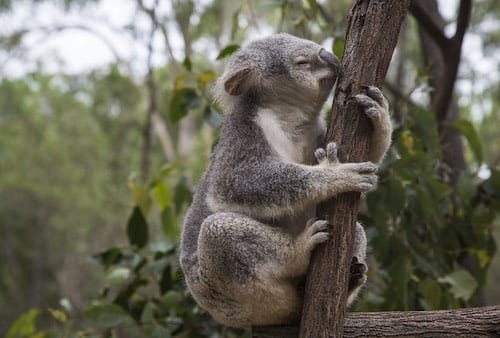 The Australian election campaign was filled with debates over the resources industry — from coal, gold and uranium to EV tech.

It was an election punctuated by issues pertinent to the resources industry, from the future of coal in the Adani project in Queensland, to electric vehicles (EVs) and sales quotas to an aborted foray into the potential liberalization of attitudes towards nuclear energy.

Morrison is the fifth prime minister of Australia since 2013, and is the latest leader to come to power as a result of government infighting. With the Coalition lagging in opinion polls since the last election in July 2016, the re-election of his government over the center-left Labor party was immediately compared to US President Donald Trump’s victory against Hillary Clinton — including by Trump himself.

Peak body for the resources industry, the Minerals Council of Australia (MCA), was quick to congratulate the Coalition government on its re-election, saying that its economic policies mean that miners will be able to continue to develop resources in the country thanks to lower taxes.

“There is now a clear mandate for resources projects that have lawful approvals to proceed, such as the Adani coal mine in central Queensland and the Yeelirrie uranium mine in Western Australia,” said the MCA in a post-election release.

The election campaign was, of course, a time for promises, and the MCA was happy to remind the Coalition of the promises it made regarding the resources industry, including a AU$30 million cash injection to establish a School of Mining and Manufacturing at a Queensland university, the development of a critical minerals strategy and a AU$3.4 million program to encourage women to move into sectors pertinent to mining through science, technology, engineering and mathematics.

In Queensland, where some believe the election was won, the Queensland Resources Council (QRC) immediately sought talks with the state Labor government over its commitment to the Adani coal mine.

QRC Chief Executive Ian Macfarlane said, “Queenslanders have spoken and their message is clear. They support mining jobs and they expect their governments to support them too.”

The state Labor government — which faces an election next year — cleared the way for final approvals for the mine in the aftermath of the federal election.

The election also saw electoral fallout in the state of Victoria, which, like Queensland, is led by a Labor state government.

The Victorian Labor government had actively campaigned for its federal counterpart to be elected, with billions in funding commitments that it was sure it was going to receive to cover a slate of infrastructure projects. With a Coalition victory, it is now not going to receive them.

Shortly after the election, the Victorian government released its budget for the 2019/2020 year, detailing increases in property taxes and, interestingly, a new gold royalty of 2.75 percent for miners operating in the state. The royalty is designed to help balance the books.

The MCA had plenty to say about that as well, calling the new royalty a “gold tax” that threatens jobs and will drive away investment.

The council noted that Victoria already ranks 43rd out of 83 mining jurisdictions when it comes to investment attractiveness. Victoria was ahead of only one other Australian state in 2018 — Tasmania — which came in at 44th.

The MCA said that just because all of the other jurisdictions in Australia have gold royalties, that doesn’t mean Victoria should have one too.

“The claim that Victoria should impose a gold royalty because other states do ignores the unique characteristics of gold mining in Victoria,” it stated.

“Royalty regimes are designed differently in each state to encourage development of a state’s mineral resource for the benefit of the community, including different royalty rates, depreciation arrangements, exemptions and other features.”

Another proposed mine touched on during the election, the Yeelirrie uranium mine, is unlikely to be developed in the near term as its owner, Canadian uranium miner Cameco (TSX:CCO,NYSE:CCJ), has made it clear that it will only proceed with development once market conditions improve.

On the EV front, Labor’s ambitious policy target of EVs making up 50 percent of all new car sales by 2030 will now fall by the wayside, with more conservative Coalition policy entrenched for the next three years.

EV policy was a major sticking point, at least in discourse, between the two major parties during the election, though both took steps in developing critical metal strategies.

Whatever the impact of the election on the different sectors of the resources industry, investors apparently see a bright future ahead, as immediately after the election, the Australian Securities Exchange soared to decade highs.

One response to “Australia’s Conservative Government Holds on Despite Polls”