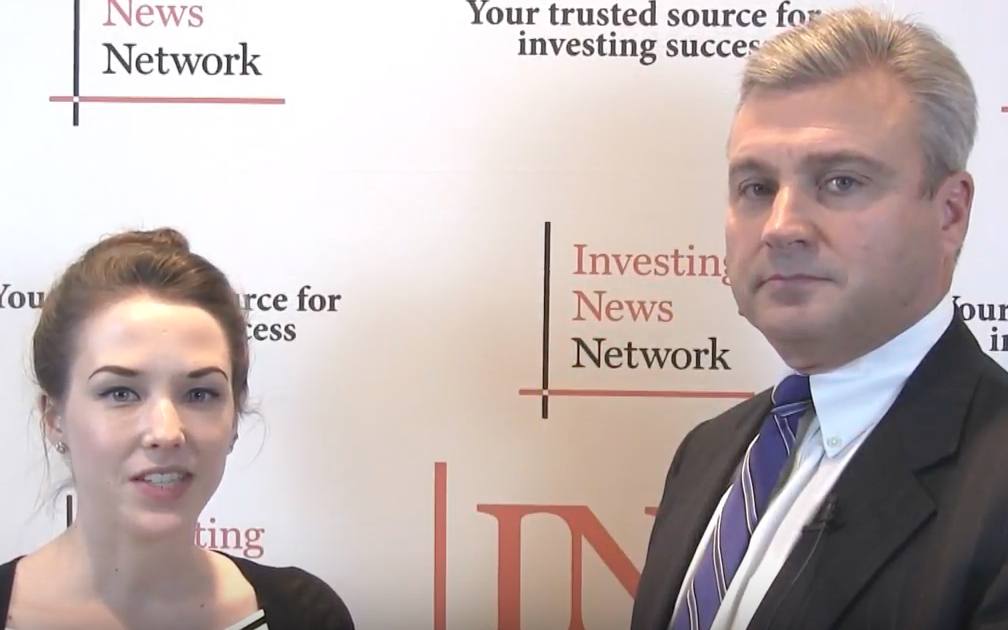 Chris Blasi of precious metals dealer Neptune Global Holdings explains why he thinks investors should be cautious with cryptocurrencies like bitcoin.

As the creator of the PMC Ounce, a unique investment asset that provides investors with exposure to gold, silver, platinum and palladium, Chris Blasi is no stranger to innovation.
But Blasi, who runs precious metals dealer Neptune Global Holdings, encourages investors to be wary of cryptocurrencies like bitcoin, especially if they’re thinking of using them as a replacement for gold. “I believe [there are] a lot of misconceptions about cryptocurrencies, or digital money,” he said at the recent New Orleans Investment Conference.
“I wouldn’t tell anyone to get out of [cryptocurrencies], that’s something they can do on their own. Bottom line is they’re not a substitute for physical precious metals,” he continued. Why? In Blasi’s opinion, the only commonality between the two is that both are considered to be outside the mainstream.
“Be careful in the world of cryptocurrencies,” he concluded. “There are all the big headlines about the money made in bitcoin, but there are plenty of cryptocurrencies … that were just failures.”
Watch the video above for more insight from Blasi on cryptocurrencies, as well as where precious metals prices are headed. You can also view the interview transcript below.

INN: For those in our audience who may not be familiar with your company, can you start by telling me a little bit about it and what you do there?

CB: Neptune Global is a full-service precious metals dealer. We’ve been in business since 2001, but what really differentiates us from the other people in our field is that we actually have developed products. One in particular [is] called the PMC Ounce, which is a very unique turnkey precious metals portfolio. Because of its unique status and structure, it’s actually received a patent. This is a major part of our business right now, but we deal in all the traditional bars and coins also.

INN: Tell me a little bit more about the PMC Ounce. Why should investors look at that and be interested?

CB: What it stands for is “precious metals composite,” and that’s exactly what it is. What it’s giving you is for each PMC Ounce, there’s a fixed fractional amount — the gold, silver, platinum [and] palladium … go into an allocated account at the depository and get assigned in the client’s name at the depository level. Now, that’s what the mechanics are, but what you’re getting is it’s logically weighted — we all know the metals don’t move in lockstep; there are times when gold is going up and maybe platinum is going down. What it does is it captures the return of all four precious metals and gives a smoother ride that’s less volatile than being in an individual metal like silver.

INN: What do you see coming for gold and silver as we finish the year and head into 2018? What are the major catalysts for you?

CB: My perspective with the precious metals market — and let’s use gold as its representative. [Gold] entered a long-term secular bull market in 2001, and gold really moves in secular trends, bull and bear. The first leg of this secular market ran from 2001, when gold was at a low of $255 an ounce, up until 2011 and ’12. Then it did a three-year pullback, [a] 50-percent retracement in its price, and then it resumed this bull market in our opinion in January of 2016. So we’re [in the] second year of the third leg, and the third leg always gives the most upside.

That’s our perspective — that we’re in the third leg, that it’s bullish. Of course, gold is always two steps forward [and] one back, that’s the nature of precious metals, but we’re very positive going forward.

INN: What about platinum and palladium? We’ve had some very interesting things going on this year, especially with palladium. Can you talk a little bit about that?

CB: That’s a great question, because one of the drivers of the PMC Ounce is that it’s got platinum and palladium. Now, platinum has actually kind of been a disappointment for investors, kind of flat to down. But we’ve seen outsized gains in palladium, and what we see is that there’s geopolitical dynamics that are unique to platinum and palladium, but palladium is actually taking some market share away from platinum in the world of catalytic converters. So that’s what we see as driving the palladium price. But again, no investor saw that coming.

To circle back to the PMC Ounce … the people in the PMC Ounce have benefited from that. And over the last five years, palladium has outperformed all the precious metals.

INN: You’re obviously very focused on physical metals, but overall how do you suggest investors allocate their portfolios?

INN: So, cryptocurrencies. I understand you’re following all of that excitement — can you tell me your thoughts on that, do they compete with precious metals? What’s going on?

CB: There’s I believe a lot of misconceptions about cryptocurrencies, or digital money, that’s what it is, and that’s the talk now — is it the new gold? Is it replacing gold?

I will say no, it’s not a substitute for gold for a number of reasons. I mean, some of them are just plain obvious. Physical gold is actually physical, and the other exists strictly in cyberspace. One is completely driven by technology and the other isn’t — it’s a 5,000-year form of money. Except for them both being considered outside the mainstream, that’s their only commonality … besides that, they’re different. I’m not saying to not get involved, there’s a lot of money being made in cryptocurrencies, but I believe [it’s very] speculative because people’s understanding of the underlying technology is really not that deep.

The technology is truly a mystery — really, how does the blockchain work or how does a distributed database work? But I wouldn’t tell anyone to get out of it, that’s something they do on their own. Bottom line is it’s not a substitute for physical precious metals.

Be careful in the world of cryptocurrencies. There’s all the big headlines about the money made in bitcoin, but there’s plenty of cryptocurrencies that came out of these ICOs that were just failures. Maybe they’re just architected poorly or they’re just outright frauds. You don’t hear much about that because the euphoria is all about the game in bitcoin’s price, but you need to be very careful in that market.

Don’t forget to follow us @INN_Resource for real-time news updates!
Securities Disclosure: I, Charlotte McLeod, hold no direct investment interest in any company mentioned in this article.
Editorial Disclosure: The Investing News Network does not guarantee the accuracy or thoroughness of the information reported in the interviews it conducts. The opinions expressed in these interviews do not reflect the opinions of the Investing News Network and do not constitute investment advice. All readers are encouraged to perform their own due diligence.

One response to “VIDEO — Chris Blasi: Bitcoin is No Substitute for Physical Precious Metals”