Canstar Resources (TSXV:ROX,OTCQB:CSRNF) has launched its campaign on the Investing News Network.

Canstar Resources (TSXV:ROX,OTCQB:CSRNF) has an abundance of opportunity to make new discoveries on its flagship Golden Baie gold project situated in southcentral Newfoundland with a C$1.3 million flow-through financing. This project has already shown notable visible gold occurrences, including one grab sample that assayed 4,485 grams per tonne (g/t) gold.

With over 20 high-grade gold occurrences along 30 kilometers of strike on the company’s 620 km2 Golden Baie property, Canstar has the potential of soon mimicking the exploration successes of New Found Gold Corp (TSXV:NFG), which is in the same gold belt and currently has a market cap of C$550 million.  In 2019, New Found Gold reported drill results that included 92.9 g/t gold over 19 meters in a geological setting that is very similar to that found at Golden Baie. 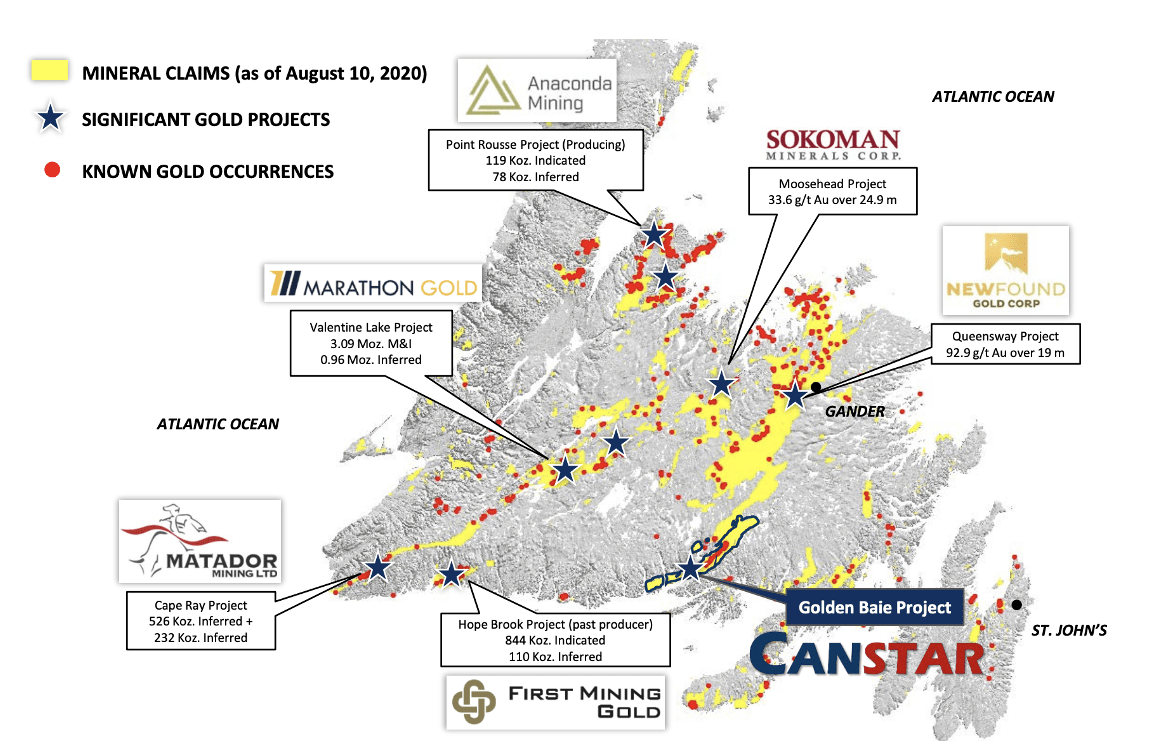