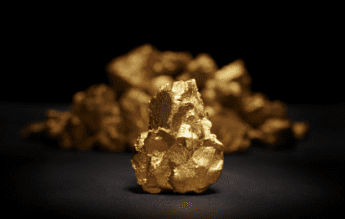 The impact of an export ban on its Acacia Mining unit was largely responsible for the company’s drop in Q3 production.

Canada’s Barrick Gold (TSX:ABX) is aiming to reach a final deal with the Tanzanian government to lift a gold export ban on its Acacia Mining (LSE:AAL) unit in the first half of 2018, the company said on Wednesday (October 25).
The world’s largest gold producer published weaker-than-expected quarterly results due to lower output and gold prices. Troubles at Acacia were largely responsible for the company’s drop in Q3 production.
Barrick owns over 60 percent of Acacia, which has been under pressure since the Tanzanian government accused it of evading taxes for years, and was hurt further after President John Magufuli imposed a ban on gold concentrate exports.


Give me my free report!
Last week, Barrick said it had reached an agreement to end the dispute, which included the government getting a payment of $300 million from Acacia and a 16 percent stake in the company’s three in-country gold mines.
“The $300 million number was, again, come to on the basis of probability both parties agreed that could be the region of a settlement,” Barrick chief operating officer Richard Williams said on a conference call with analysts on Thursday (October 26).

“It would be premature of anybody to sit and say that is a final position. Which is why we refer to it as a down payment: there’s more work to be done yet.”
Several shareholders have criticized the deal saying it could encourage other host nations to press for bigger concessions from miners, but the final agreement is still to be reviewed and approved by Acacia.
“There’s still a ton of open questions in terms of what exactly the economics are going to look at coming out of this negotiating period with the Tanzanian government,” Michael Siperco, an analyst at Macquarie Capital Markets, told Bloomberg.
In its quarterly report, Barrick posted a net loss of $11 million, compared with net income of $175 million a year earlier. The Canadian miner lowered the top end of its 2017 production guidance to 5.5 million from 5.6 million ounces, it said in a statement.
Other top gold producing companies also published results for the last quarter. Canada’s Goldcorp (TSX:G) saw its profits soar 88 percent, supported by an increase in the company’s income tax recovery. Similarly, Newmont Mining’s (NYSE:NEM) profits also surged compared to a year ago, but margins were squeezed due to higher production costs.
On Thursday, shares of Barrick closed down 7.68 percent in Toronto at C$18.64. Barrick’s share price has been on a downtrend since January, down over 13 percent year-to-date.
Don’t forget to follow @INN_Resource for real-time news updates!
Securities Disclosure: I, Priscila Barrera, hold no direct investment interest in any company mentioned in this article.