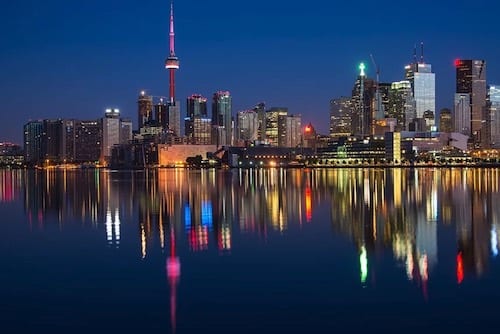 Alain Corbani, who is head of mining at Finance SA, said that the C$4.9 billion Kirkland Lake (TSX:KL,NYSE:KL,ASX:KLA) merger with Detour Gold (TSX:DGC,OTC Pink:DRGDF) is happening at the wrong time.

Speaking with the Investing News Network (INN) at Mines and Money London, Corbani said that the merger between the two Canadian companies — which he described more as an acquisition — was between “the most profitable company in the mining universe” (Kirkland Lake) and the single-asset Detour Gold.

“(Kirkland has) a very focused, high-grade underground deposit — the most profitable in the industry — (and is) acquiring a large tonnage, low grade deposit in Canada. Paying a premium for that doesn’t make sense.”

Corbani’s argument was based on the timing of the gold bull cycle, as well as the different models of the two companies, claiming that it was the wrong time in the cycle for a company like Kirkland to pay a premium for a large, low grade deposit.

On top of that, he said that the reality is that those investors who invested in Kirkland Lake had no inclination whatsoever to invest in a totally opposite mining operation such as Detour Gold.

“Those investors wanted high grade, very profitable, disciplined approach to mining, verses a huge deposit that historically has demonstrated some hiccups, some unknowns, and you are paying a premium for that.”

He concluded that the message being sent to investors was mixed, and doing nobody any favors.

“I fully fully disagree … with what happened,” he said. “I expect everybody to pay a high price and go overboard at the peak of the cycle … In the middle of the cycle, you don’t do that.”

On the gold cycle, Corbani talked a lot about where the gold cycle is at the moment, saying that given the last bull cycle started at the end of 2015, and history repeats itself, the precious metal had further to go in the next few years.

Another commodity that he talked about was palladium, noting that it was the best performer “for the right reasons”: supply and demand.

“In that case it played its role. The problem I see in palladium is maybe it went too fast and too far, so I would be tempted to be conservative in my forecast on palladium.”

Corbani also talked about the value of silver and platinum. Listen to the full interview above for his complete thoughts on the precious metals space in 2019 and going forward.