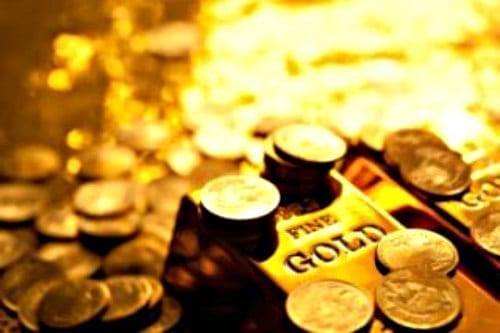 Which gold stocks will be hot in 2018? Analysts at Raymond James recently listed six they have on their radar right now.

The gold price stayed strong at the beginning of 2018, but has since taken a tumble, dropping below $1,200 per ounce midway through August.

Even so, many analysts predict that the metal will rise in the fall, with stocks increasing in tandem.

So where should investors place their bets? Analysts at Raymond James recently released a list of their current favorites in the gold space, noting that balance sheets have improved for many companies.

“We expect a key theme emerging from year-end reporting and 2018 guidance will be increased exploration budgets as companies increasingly focus on development pipelines and areas of production growth,” the analysts state in the report.

Read on to learn which six gold stocks the analysts are looking at and why they may have potential. Raymond James notes that “investors should consider this report as only a single factor in making their investment decision,” and recommends further consultation with an investment advisor.

Agnico Eagle Mines has been in production since 1957, and currently has mines in Canada, Finland and Mexico. It also explores in all of those countries, plus the US and Sweden.

The company has bumped up its 2018 gold production forecast twice so far. Once in February, when it raised it from 1.5 million ounces to 1.53 million ounces, and again in July, when it increased it to 1.58 million ounces. The gold stock expects to reach first production from its Meliadine gold project in Nunavut in Q2 2019, which it says is one quarter ahead of schedule.

The company’s board has also approved an expansion under which it will add a 1,044-meter shaft at its Kittila mine in Finland, as well as raise mill throughput by 25 percent, to 2 million tonnes per year. Agnico says the expansion will be phased in over four years and is expected to increase gold production by 50,000 to 70,000 ounces per year at a reduced operating cost beginning in 2021.

Second on Raymond James’ gold stocks list is Newmont Mining. The company has operations in Africa, North America, South America and Australia, and it made Fortune’s 2018 World’s Most Admired Companies list. In December 2017, the company improved its gold production guidance for 2018 to between 4.9 and 5.4 million ounces. As of its Q2 report in July 2018, Newmont had produced 1.16 million ounces of gold for the year, which is in line with that guidance.

Gary J. Goldberg, the gold stock’s president and CEO, said, “[w]e continued to add lower cost production by completing our Twin Underground and Northwest Exodus projects safely, on budget and ahead of schedule. And we invested in future value-creation by forging a partnership with Teck to advance prefeasibility studies on Galore Creek in British Colombia, one of the world’s largest undeveloped copper-gold deposits, and with Sumitomo to develop Yanacocha Sulfides in Peru.”

B2Gold is a gold stock based in Vancouver. It has five gold mines operating and several exploration and development projects around the world, including in the Philippines, Nicaragua, Namibia, Colombia, Finland, Mali and Burkina Faso.

As of Q2 of this year, B2Gold was well on its way to meeting guidance, with output of 240,093 ounces of gold that quarter. Fekola contributed a large piece of that pie, as it brought in nearly half of that alone, with production of 112,644 ounces in the period.

Next on the list is Endeavour Mining, which operates five mines in Burkina Faso, Mali and Côte d’Ivoire. Collectively, these mines are expected to produce between 670,000 and 720,000 ounces of gold in 2018, and Endeavour aims to uncover between 10 and 15 million ounces of gold by 2021 via exploration.

The company’s Q2 results show it is on track to meet its guidance. Production for the quarter reached 147,000 ounces, and it came to 299,000 ounces for the first half of the year. Endeavour’s Ity CIL project began production in September 2017, and is expected to produce 204,000 ounces annually over the first decade of its 14-year mine life. The gold stock’s Q2 report includes an update on the project, noting that first gold pour is expected to happen in mid-2019.

Pure Gold Mining holds the Madsen gold project in Red Lake, Ontario. The project has a mineral resource totaling 1,744,000 ounces at 8.7 g/t gold. The company reported a $13-million private placement with Sprott Capital Partners this past April. At the same time, Pure Gold secured an investment from AngloGold Ashanti (JSE:ANG) of $7.9 million in exchange for 12.8 million shares. AngloGold now has 14.9-percent ownership of the company.

Pure Gold released its Q1 report in August, saying that test mining has begun at Madsen. Test mining is scheduled to finish in September, and will provide geotechnical data for a definitive feasibility study that is currently in progress.

Last on Raymond James’ gold stocks list is Integra Resources. Integra is an exploration and development company operating in the US. The company owns the DeLamar and Florida Mountain gold projects in Idaho, previously operated by Kinross Gold (TSK:K,NYSE:KGC). Integra launched a $10-million drill program at DeLamar this year, and the gold stock is aiming to release an updated resource estimate by Q4 2018; a preliminary economic assessment is expected in 2019.

Which gold stocks are you watching this year? With share prices down over summer, is this a buying opportunity? Let us know your favorite gold stocks in the comments below.