China is the world leader in graphite production but its move to curtail supplies is creating the right environment for junior miners to boost production. 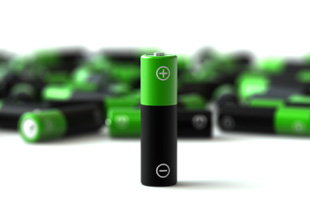 In a report by Merchant Research & Consulting Ltd, China’s 2010 graphite global market share was approximately 73 percent, making China the leader in graphite production. In an effort to retain its graphite resources, China has restricted its graphite supply, opening the door for junior miners to profit from the growing graphite industry.

Graphite, one of two naturally formed polymers of carbon, is an excellent conductor of heat and electricity and has the highest natural strength and stiffness of any material. Demand for graphite is heavily tied to the steel industry, graphite is used as a liner for ladles and crucibles and as a component in bricks which line furnaces. Graphite is also a component in the automotive industry, with uses in brake linings, gaskets and clutches. Graphite is used in batteries, lubricants, fire retardants, and as reinforcements in plastics.

Archer Exploration (ASX:AXE), an Australian graphite junior, says the time is right to invest in graphite as China moves to curtail supplies and new uses for the commodity are flourishing.

“China currently produces around 75% of the world’s graphite or about 800,000 tonnes of the estimated 1.1mt produced in calendar 2010,” Archer’s General Manager Gerard Anderson said in an article earlier this month.  “Several Chinese state owned enterprises have also been closed this year to preserve China’s graphite resources. It has imposed a 20% export duty plus a 17% VAT, and instituted an export licensing system to ensure supply to China’s domestic economy. As a result, graphite prices have started to rise, particularly for graphite flake styles which are now commanding between US$2,000 and US$3,000 a tonne depending on flake size.”

China’s stance of importing taxes “is creating serious supply concerns for the rest of the world. The situation is being exacerbated by declining production and the potential closure of the only North American mine,” says Northern Graphite Corp. (TSXV:NGC), an Ottawa-based miner that holds a 100 percent stake in the Bissett Creek mining operation located between Ottawa and North Bay, Ontario.

Glenister Lamont, Chairman of Strategic Energy Resources, said in a June letter to shareholders that while it had owned the Uley graphite mine in Australia for many years, the graphite market has been plagued by low prices and overcapacity, mainly from China, “preventing any chance of commencing an economic operation.” But as graphite prices have risen “substantially and sustainably” over the last two years, it signed a deal in 2011 with Ontario-based Mega Graphite for the acquisition of a demerged subsidiary of Strategic (Strategic Energy Graphite) which owns all rights to the Uley project, which is expected to reach full production in the March quarter of 2012.

In a list published this year by the British Geological Survey, graphite, along with antimony and rare earths, is most at risk of global supply disruption. Graphite had a relative supply risk index of 7, compared with 8.5 for antimony, the highest value on the index.

Another major driver of graphite demand is the discovery of graphene, which is taken from graphite and is composed of  tightly bound carbon atoms. Three million sheets of graphene on top of each other would be 1mm thick. Graphene is said to be the strongest material ever measured, leading to the belief that it could spell the end for silicon and change the future of computers and other devices forever.

Gary Economo, President and CEO of Focus Metals, a diversified Canadian miner, says graphene is the miracle material of the near-future.

“You can make graphene out of any type of graphite. The trick to ‘useable’ graphene is to find a production technique that allows you to produce graphene economically and in large volumes – and that’s what we’re working on,” he said. “We have a joint venture that we own 40 percent of, and we have a process that is in the middle of being patented right now. The process, which has a number of patents surrounding it, allows us to go directly to graphene from the ore we have at Lac Knife – without any other processing steps.”

Focus Metals owns 100 percent of the Lac Knife deposit in Quebec, a 17 percent carbon grade medium and large flake crystalline graphite deposit. It says the Lac Knife property is unique in the world because of its cost-mitigating, high concentration of large, medium and small flake graphite destined to meet rising global demand from both industrial and high technology end users.

Securities Disclosure: I, Karan Kumar, hold no direct interest in the companies mentioned in this article.