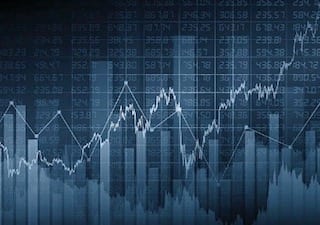 Tin prices touched their highest level in six months last week and are currently holding steady close to that level.

Tin prices are on the rebound after reports of smelter shutdowns in China. Prices touched $20,905 per tonne, their highest level in six months, on Thursday (July 28) and are currently holding steady close to that level.
China, the world’s top consumer of tin, is aggressively fighting pollution, and the smelters were closed due to environmental concerns. The halted smelters are located in Yunnan, the country’s largest tin-producing province.
“Given that the tin market was probably running short anyway this is the sort of information that would force shorts to cover and give a lift to prices,” Societe Generale (EPA:GLE) analyst Robin Bhar told Reuters.

“We might see the price dip back [down] again once it’s realised that this [closure] is temporary, but like most things out of China, who knows?” Bhar added.
LME data shows that tin stocks are at 2,095 tonnes, the lowest level since 1989; that has raised further concerns about supply.
That said, according to FocusEconomics panelists, LME stock reports no longer have the same market-moving effect as in the past. That’s because tin prices are increasingly being moved by developments in China, as well as East Asia more generally.

Tin prices have been surging since the beginning of July, as the chart below from InfoMine shows; in total, they have gained more than 9 percent for the month. Prices closed just 0.6 percent down on Tuesday (August 1), at $20,525. 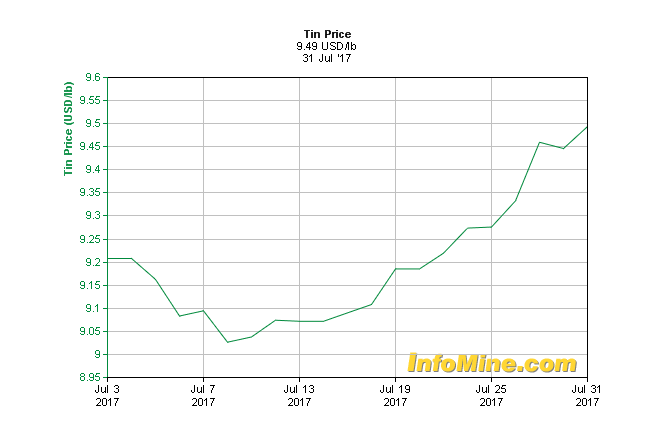 Chart via InfoMine.
For the rest of the year, a number of panelists surveyed recently by FocusEconomics agree that tin prices will experience a moderate pickup.
As a whole, the panelists see tin remaining broadly stable this year, averaging $20,254 for 2017. FastMarkets is the most bullish, with a price forecast of $21,900 for the year, while Euromonitor is on the bearish end of the spectrum with a call for $18,930.
Don’t forget to follow @INN_Resource for real-time news updates!
Securities Disclosure: I, Priscila Barrera, hold no direct investment interest in any company mentioned in this article.