While steel production has remained strong in China and North America, the price of molybdenum has remained weak. China became a net importer of molybdenum in 2010, however, on the year the country is a net exporter of the metal. This trend however may be reversing. 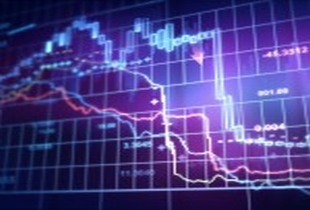 There is currently a dichotomy between the price for steel and the metals critical for the steel alloys. While the price of iron ore and steel are remaining firm, metals like molybdenum have been experiencing weakening prices. While steel production has grown on the year worldwide molybdenum prices have not reflected the growing demand. China’s move away from a net importer of moly may be to blame for the divergence between steel and molybdenum prices. Steel production remains strong, however, uncertainty over the global economy and a slowing China are still the main concerns in the market.

The continued strength of steel production in China would suggest that molybdenum, an essential in high strength steel production would also exhibit strength. However, Chinese exports of molybdenum outpaced imports over the first five months of the year, holding down prices. While the trend has been reversing since July; year-to-date molybdenum exports total 15.097 million pounds, while imports stand at just 10.512 million pounds.

There is good news for the future price of molybdenum. Since July, imports have been increasing as steel mills are starting to again purchase as the end of the usually slow summer period has passed.

“Molybdenum prices in the Chinese market touched bottom at the end of August… There seems to be a future rise in price, and the inquiries from the users go on increasing… the sales volumes in these months [September and October] throughout the year will be highest,” reported the The Tex Report.

Overall, the uncertainty about the global macroeconomic climate still weighs on the market. The troubles in Europe are not going away. ArcelorMittal (NYSE:MT) has stated that the company has shut down their plant in Eisenhuettenstadt, Germany citing weak demand.

There are signs that the Chinese economy is cooling off as well. According to a recent report from Bloomberg, “China’s manufacturing may shrink for a third month in September, the longest contraction since 2009.”

The report cited the HSBC manufacturing index which registered a 49.4 for September, 49.9 for August and 49.3 for July. The reading has been below the 50 point mark which separates expansion from contraction.

In an effort to rein in inflation the Chinese central bank has raised borrowing costs and reduced lending. China has joined other Asian economies in tightening monetary policy as the global economic recovery appears to be stalling because of Eurozone debt concerns and the increasing risk of a US recession.

While some have predicted a dramatic contraction to the Chinese economy, Chang Jian, an economist with Barclays Capital in Hong Kong stated, “[T]he fact that the number is hovering around 50 should reduce concerns over a sharp slowdown.”

With the turmoil surrounding the economy any investor are right to remain cautious. Prices for molybdenum fell to roughly $8 per pound after the financial collapse in 2008. The price of moly has been trading flat around the $14 mark for most of the year, and while no analysts predict a return to the $8 level, most are waiting to see what direction the global economy will turn next.

I, Michael Montgomery, hold no positions in any company mentioned in this article.