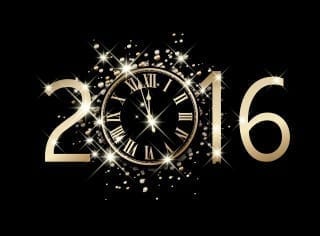 Molybdenum was 2015’s worst-performing commodity. Is the 2016 molybdenum outlook any better?

The resource space was pummeled in 2015, but not all commodities were hit equally hard.
Case in point: towards the end of the year, gold and silver were both down about 10 percent since January, while copper was down over 25 percent. Diamond prices were down closer to 15 percent, and nickel had sunk over 40 percent.
Those declines are all big — in some cases impressively so — but not even nickel was 2015’s worst-performing metal. According to Bloomberg, that distinction went to molybdenum, which sank a whopping 49 percent during the year — that’s further than the other 78 raw materials tracked by the news outlet.
Here’s a look at what went wrong for molybdenum in 2015, as well as an overview of the molybdenum outlook for 2016. While the consensus seems to be that 2016 won’t be a breakout year for the metal, there is still hope further out on the horizon.

Heading into 2015, market watchers weren’t expecting such a bad outcome for molybdenum. Hopes were fairly high that the metal’s price would be supported in the first half of the year, and the much longer-term molybdenum outlook was good.
So what happened? Explaining the situation, Bloomberg states that “China’s stumbling economy and a collapse in the energy industry drove outsized losses.”
More specifically, molybdenum was hit by the twin issues of oversupply and low demand. Molybdenum use sank 5.1 percent in 2015, the most since 2009, while supply grew as producers failed to react to the changing market. The result was that production outweighed demand by 40.9 million pounds for the year — that’s the biggest surplus since at least 2002.
Given those factors, it’s not hard to see why the molybdenum price suffered in 2015. As mentioned, it fell 49 percent for the year, with the molybdenum oxide price reaching a 12-year low of $4.616 per pound in November, and LME molybdenum for immediate delivery reaching $5.44.

Unfortunately, low demand and oversupply are expected to continue weighing on molybdenum in 2016.
As mentioned, the current lack of molybdenum demand is closely tied to “China’s stumbling economy.” Why? Because most molybdenum goes toward steel production, which is driven largely by industrial activity in the Asian nation. Essentially, that means that if Chinese economic growth does not pick up, molybdenum demand is unlikely to grow.


Give me my free report!
On the supply side, there seems to be little hope that producers will reduce their molybdenum output this year. That’s largely because around half of molybdenum is produced as a by-product of other metals. As a result, most molybdenum miners gain only a small percentage of their revenue from molybdenum, and have little incentive to cut output if the metals being produced along with it are doing well.
Of course, at the moment, most metals aren’t doing well — including copper, which molybdenum is most often produced alongside of. That’s sparked some output cuts from major miners, but as yet those reductions have done little to stoke the copper price, and even less to boost the molybdenum price.
Summing up the situation, Paul Christopher, head global market strategist for Wells Fargo, told Bloomberg, “[w]e don’t have a positive outlook on metals, including molybdenum, because they’ve been overproduced. They will continue to do the worst, not just because China’s demand is slipping still, but also because there’s not been enough supply adjustment.”

All in all, it doesn’t look like 2016 will shape up to be a good year for molybdenum. Neither supply- nor demand-side issues for the metal are being addressed, and overall the Bank of America is predicting that the market will remain in oversupply through 2020.
Investors, it seems, will thus have to be patient, and remember that key market participants see hope for the metal once the market surplus is resolved.

Securities Disclosure: I, Charlotte McLeod, hold no direct investment interest in any company mentioned in this article.
Editorial Disclosure: The Investing News Network does not guarantee the accuracy or thoroughness of the information reported in the interviews it conducts. The opinions expressed in these interviews do not reflect the opinions of the Investing News Network and do not constitute investment advice. All readers are encouraged to perform their own due diligence.
Related reading:
Moly Outlook 2015: First Half of Year May Bring Price Bump

One response to “Molybdenum Outlook 2016: Oversupply Issues to Persist”