China has made no secret that it is in the process of diversifying its power production and, logically, through that process thermal coal will begin to represent an increasingly smaller percentage of the total energy produced. 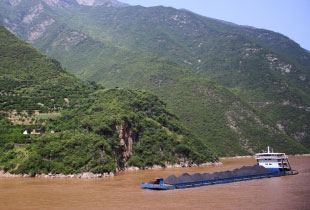 China has made no secret that it is in the process of diversifying its power production and, logically, through that process thermal coal will begin to represent an increasingly smaller percentage of the total energy produced, down to 63 percent as early as 2015 according to the National Energy Administration.  Forecasters had anticipated China’s rapid growth in energy consumption to continue and balance out coal’s loss of market share. But, analysts are revising their forecasts in light or recent reports that the 20-percent growth in power demand will slow to only 6 percent in the fourth quarter, and predicting a dampening demand for coal.

Daniel Brebner, a commodities analyst at Deutsche Bank in London, told the Financial Times he expects Chinese thermal coal imports will disappoint over the next several months.

Despite increased hydroelectricity capacity and continued investment in new green energies cutting into coal’s market share, China imported nearly 50 million tonnes of thermal coal in the first half of the year, up almost 130 percent from a year ago.  Last Thursday reports suggested that Chinese stockpiles were full and that coal-buyers were turning away shipments. With prices already down nearly 10 percent from last year’s high the market began to fear a serious downturn in China’s demand for thermal coal.

China is still the world’s biggest producer of coal and exported 1.39 million tonnes of the fuel last month. But China’s statistics bureau failed to disclose the country’s coal production for the second month running, adding to speculation that Chinese domestic production has increased.

The news isn’t much better for coal used in steel production. Goldman Sachs is revising its outlook for metallurgical coal, according to Chris Shaw of MSN Money, and now considers its fourth quarter forecasts for contract prices to be a best-case scenario rather than a base-case. The move is likely a prudent one after a 25 percent fall in spot prices since metallurgical coal peaked at US$240 per tonne in April.

Sharples reports Doug Ritchie, head of Rio Tinto’s coal unit, said, “Demand for electricity is growing. We see coal continuing to have a long-term role as part of the world’s energy mix. It’s cheap, it’s safe and it’s abundant. It will remain the dominant power generation fuel, particularly for China and India.”

Ritchie continued, “Climate change remains this industry’s single biggest issue. It’s not just about putting a price on carbon, but taking the long-term view and assisting the development of technologies that can help to maximize the lowest cost abatement options.”

But, according to an analyst at AME Mineral Economics, developing nations like India have made it very clear that they will not inhibit their own growth or industrial development for climate legislation.