Arch Coal’s cash purchase of International Coal Group this week represents what is expected to be commonplace within the metallurgical coal scene in 2011: an M&A revival. 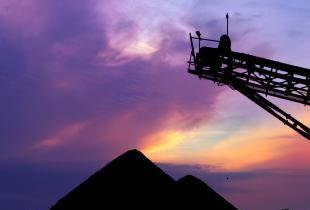 Arch Coal’s (NYSE:ACI) cash purchase of International Coal Group (NYSE:ICO) this week represents what is expected to be commonplace within the metallurgical coal scene in 2011: an M&A revival.

On Monday of this week, Arch agreed to acquire all of the outstanding shares of ICG for $14.60 per share, in an all-cash transaction valued at $3.4 billion USD. The transaction makes Arch the second largest U.S. metallurgical coal supplier and a top-five overall global coal producer and marketer.

The move is part of the trend toward consolidation amongst some of the biggest players within the global and American coal sector. As one of the world’s biggest suppliers of met coal, the U.S. has been a prime site for firms looking to take advantage of thriving coal prices in order to help secure supply and meet the projected global steel demand increases of 60 percent in the coming decade.

Many analysts had projected a rush of M&A activity in coal markets including moves from Chinese companies in the U.S., but most action appears to be domestically based. Gero Farruggio of Wood Mackenzie noted last November that the U.S. “has potential to become a hotbed of corporate activity, and lead a revival in coal M&A” in 2011. He claims there are two areas for coal resource acquisitions.

“The first is further consolidation of thermal and metallurgical producers. Since the US coal supply sector is mature, this play provides the only real avenue for material domestic growth,” said Farruggio. The other growth area “is a continuation of the trend of overseas steel mills looking to vertically integrate.” He posed the question, “will the largest producer of US metallurgical coal be a US company?”

Another important question, said Farrugio, “is coal central to Big Coal’s growth strategy? The more diversified miners may decide it isn’t or rather focus on metallurgical or thermal coal to strengthen the core business.  Premium prices for assets may trigger an exit strategy, presenting a growth opportunity of scale for a peer.”

So far, analysts like Farruggio have been proven right, starting with the recent Canadian government approval of the Walter Energy Ltd (NYSE:WLT) purchase of Western Coal Corp (WTN) at the end of last year and, more recently, with Alpha Natural Resources (NYSE:ANR) acquisition of Massey Energy (NYSE:MEE) for $7.1 billion the end of January, making Alpha the largest US met coal supplier.

However, some analysts claim the recent acquisition by Arch represents the potential for a bubble within the coal market. This is based upon claims that the price paid for ICG by Arch was too generous. A recent Reuters article by Christopher Swann stated that “the purchase price is at the upper end of other recent deals, at an enterprise value of around 6.6 times EBITDA (Earnings Before Interest, Taxes, Depreciation and Amortization), according to Brean Murray. That’s higher than what Alpha Natural Resources (ANR.N) paid for Massey or Walter Energy offered for Western Coal.”

In assessing the rationale in Arch’s transaction, Morningstar analyst Michael Tian said, “If met prices remain above $300 per ton, Tygart [ICG’s West Virginia mine] might be able to generate cash margins of about $100 per ton (assuming little cost inflation in the basin), thereby adding about $350 million in EBITDA to ICG’s earnings profile. Assuming little cost inflation or production declines in the rest of ICG’s mine portfolio, Arch bought ICG for 5.3 times 2014 EBITDA (4.9 times with synergies), which is not cheap but not outrageously expensive either.”

This all hangs on strong Chinese demand for high quality met coal—now representing about 50 percent of world met coal demand— to which the U.S. is a swing supplier. While Tian notes that the deal will make Arch a well-diversified coal miner serving to spread out some regulatory and economic risks, the success of the acquisition rests on continued strong coal prices. Currently, Tian claims that the $330/ton price is mostly a product of flooding in Australia and elsewhere, and that supplies that ICG brings to Arch are heavily based on one of the world’s most costly sources: the Central Appalachian basin.

As such, if Arch’s purchase is to represent a valuable addition to their portfolio, continued Asian demand for high-quality met coal and strong coal prices will play an important role.