The outlook for aluminum is more positive than the steep drip in price since April may suggest. The world’s largest producers of the metal are confident that 2012 will see robust demand growth, and some have even invested millions in upgrading production capacity. Automotive production will be the main catalyst for growth. 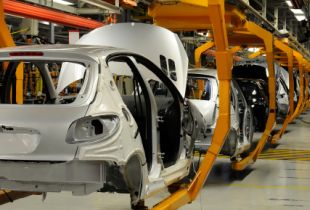 Going forward, the outlook for aluminum is more positive than the price may suggest. Some of the world’s largest aluminum producers are confident that 2012 will see robust demand growth, and several have even invested millions in upgrading production capacity. The main growth markets for the metal are the BRIC countries, which should come as no surprise to market onlookers. However, due to rising standards in the automotive and aerospace sectors, demand growth in Western economies is expected to rise as well.

While the health of the global economy and prospects of a slowdown are the main concerns weighing on many base metals, aluminum’s growing role in many markets may support the metal going forward. Many analysts and leading aluminum producers are pointing to the increased use of aluminum in the automotive industry as the main catalyst for growth.

Aluminum is increasingly being used to reduce the weight of vehicles thereby reducing fuel consumption. Increasing CAFE standards worldwide will only increase the total aluminum content per vehicle. A “typical lightweight automobile uses around 330 pounds of aluminum and estimated that aluminum will contribute close to 500 pounds in lightweight autos going forward,” according the report on Forbes.

The increased use of aluminum in the automotive industry has prompted Alcoa (NYSE:AA) to expand one of their plants in Iowa. The aluminum giant will invest roughly $300 million to expand the capacity of the plant because of the increasing use of aluminum in automobiles. The plant will boast a 220-inch wide mill, the largest in the world. The company is looking to capitalize on the economic growth of Brazil, Russia, India and China.

China to Become a Net Importer

Some of the largest aluminum companies Russia’s Rusal (HK:0486), and mining giant Rio Tinto (NYSE:RIO,LSE:RIO) are expecting China to become a net importer of aluminum in 2012. Chinese inventories of the aluminum are down sharply since July.

Maxim Sokov, Rusal’s Director of Strategy stated, “This is already a serious signal that we could see Chinese aluminum imports at the end of this year or the start of next year.” He also stated that Rusal expects aluminum prices to reach $2,500-$2,600 per tonne by years end.

Rio Tinto also sees increasing imports to China in the near future. Citing the rising cost of production due to rising energy prices and the availability of bauxite and alumina, the company is has stated it’s not a matter of if, but when.

While the predicted power shortages over the summer were less severe than expected, the lack of electricity continues to be an issue. Over 120,000 tonnes of aluminum production is being cut in the Guangxi province which produces 810,000 tonnes per year.

“The cut, equivalent to only 4 percent of China’s total production capacity, will push the country’s demand and supply from a slight surplus to equilibrium,” said Shanghai Metals Market analyst Zhang Xin. He added, “We are also watching the situation to see if it widens to include other aluminum producing provinces in the region. There are signs that Guizhou may be next.”

The cutbacks in production may accelerate China to a net importer faster than expected. This would more than likely support prices towards the end of this year into 2012.

Securities Disclosure: I, Michael Montgomery, have no interest in any of the companies mentioned in this article.