Aluminum is one of the most commonly used elements in the world. Here’s a look at two of its applications. 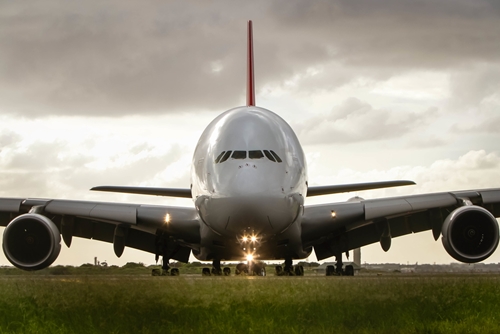 Aluminum is one of the most commonly used elements in the world, and for good reason. It’s malleable, extremely resistant to corrosion and is electrically conductive. One need only look around their kitchen to see a few of aluminum’s countless applications: soda cans, cookware and foil, just to name a few. But it is the metal’s use in transportation that has truly revolutionized the world.

The transportation industry is the largest consumer of aluminum. Over a quarter of primary aluminum is used by western transport manufacturers, and numbers are only going up. Automotive aluminum is expected to double its 2008 share by 2025.

While early incarnations of cars were generally made from heavy steel, manufacturers switched to more lightweight materials in order to make products quicker and more efficient. Though aluminum was initially applied to cars for decorative purposes, applications of the metal were developed throughout the 20th century. Today, aluminum is used in car bodies, bumpers, suspension mounts and dozens of other places. In fact, over 100 car details are made from aluminum. In 2012, more than 20 cars were made up of at least 10 percent aluminum. The metal is also making cars safer as it has the ability to absorb kinetic energy, which means it is able to reduce the impact of collisions.

Air travel simply wouldn’t be possible without the use of aluminum. It makes up about 80 percent of the airframe of a modern commercial aircraft. Its lightweight strength has made it invaluable to the aviation industry since 1903, when the Wright brothers used it for their famous first flight. Aluminum alloys are tailor-made for air travel as they are resistant to pressure that comes from high altitudes and trapped heat. Because the alloys are resistant to corrosion, many aviation companies elect not to paint their entire aircraft, reducing the weight and saving the company money.

Aluminum is also an essential element in the construction of high-speed trains, subway cars, ships and rockets. In fact, the first satellite launched in 1957 was made of aluminum.

Aluminum, by weight, is about five times more expensive than steel, but is about 40 percent lighter. As a result, manufacturers still rely on steel for car parts like the chassis and the body, though Audi does have two models that have 100-percent aluminum bodies.

As auto manufacturers continue to work towards producing lighter cars, many are turning to aluminum to replace steel for more uses. However, some sports car manufacturers are replacing steel with carbon-fiber instead. To produce a body this way, carbon-fiber cloth is soaked in plastic resin and then formed into the shape needed for the car to dry. However, this process is quite time consuming and does not lend itself to the mass production of cars. Car companies that use this process to make the bodies of sports cars are relegated to extremely limited production as the process lends itself to cars that are produced at a rate of about one per day.