Harry Winston is the last known bidder for BHP’s Ekati Mine but with talks dragging on, the deal may not happen. 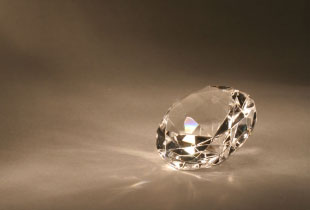 Luxury diamond enterprise, Harry Winston (NYSE:HWD,TSX:HW) could become owner of the Ekati diamond mine in Canada, an asset BHP Billiton (LSE:BLT,ASX:BHP,NYSE:BHP) has expressed interest in selling. But then again, the mining giant may opt to keep the property in its portfolio. The Financial Times reported that “people familiar with the matter“ confirmed that negotiations between the two companies are continuing but say the process, originally slated to conclude by the middle of the year, is moving more slowly than expected and could fail to result in a deal.

In November, BHP announced a review of its diamond business, which then included an 80 percent interest in Ekati and 51 percent stake in the Chidliak development project.

The review, which was expected to be completed by January, is still underway, but the company has already sold its Chidliak stake to Peregrine Diamonds (TSX:PDG). Harry Winston is said to the be last bidder for Ekati.

Ekati is Canada’s oldest diamond mine and produces about 11 percent of the world’s diamonds by value, but production is declining.

BHP said production was lower than all comparable periods, as expected. And added: “Ekati production is forecast to remain constrained in the medium term as the operations extract lower-grade material, consistent with the mine plan.”

Valuations for BHP’s stake in the mine vary widely, ranging from several hundred million dollars to over $2 billion. Given the current market conditions and the state of Ekati, there is speculation that if BHP sells it, the buyer isn’t likely to pay anywhere near the top valuations.

Harry Winston has already secured financing for a potential deal, according to FT, though details were not provided.

Some analysts, like Edward Sterck of BMO Capital Markets, believe that the sale of Ekati is the best way for BHP to go.

“Ekati is a mature mine and its best days are probably behind it,” he told Rare Investment.

The diamond property is often seen as little more than a cash-intensive distraction that offers little in return for BHP.

For a company like Harry Winston, Ekati could be attractive as the company has developed downstream operations to link the production. This move could increase its security of supply and allow the company to grow into quite a diamond presence.

The company already has experience in the diamond mining industry. Harry Winston owns a 40 percent stake in the the Diavik mine operated by Rio Tinto (ASX:RIO,LSE:RIO) in the same region as Ekati.

It is unclear exactly what the hold-up is in proceeding with the deal.

BHP made clear from the beginning that it would only pursue options that will preserve Ekati’s outstanding safety and environmental standards and protect the benefits that the mine has created for local communities.

Harry Winston’s relationship with Rio Tinto could also provide an interesting twist in its desire to acquire BHP’s diamond mine.

Monday, in reference to an updated life-of-mine plan that extends through 2023, Harry Winston estimated that the net present value of 100 percent of Diavik with all reserves and resources is approximately C$2.6 billion.

In March, Rio Tinto also announced a review of its diamond business and Harry Winston is said to be considering the option of purchasing the remaining 60 percent stake in Diavik too. The company could conclude that full ownership of a the mine with which it is already acquainted, is a more attractive option as talks with BHP drag on.

If Harry Winston backs away from Ekati, it is not clear who will step up to make the next offer.

After considering the option, the world’s second largest diamond producer, De Beers, said it would not make an offer.

Private equity firms KKR and Apollo were among those eying Ekati. However, FT says these private equity groups struggled to get comfortable with the investment needed to extend Ekati’s mine life.

For Rio Tinto and De Beers, the outlook for the diamond  industry is positive. Expectations of growing demand in emerging markets coupled with the lack of new sizable discoveries are often cited as supportive of this optimism.

However, according to BHP, “years of intensive exploration suggest there are few options to develop new diamond mines” that are consistent with its strategy of investing in “long-life, upstream and expandable assets,” thus the need for the review.

In addition to major diversified miners rethinking their futures in the diamond business, the Oppenheimer family, whose name was nearly synonymous with diamonds, has cashed out. The family agreed to sell their stake in De Beers to Anglo American (LON:AAL) last year. This sale presented the government of Botswana, which owns 15 percent of De Beers, the opportunity to increase its stake to 25 percent. Botswana declined.

The Russian government is also reportedly prepared to sell its stake in Alrosa, the world’s largest diamond producer, to raise money for other projects.

The diversity that resulted when De Beer’s grip on the diamond market loosened was seen a positive shift. Current developments may indicate that there is again an opportunity for change, this time to a market where smaller players reap rewards from smaller operations.

I, Michelle Smith, do not hold equity interests in any of the companies mentioned in this article.