The diamond market is raging back to life on the back of robust demand from China and India. In the west, diamond sales are rebounding since the economic collapse. Investing in the diamond market may seem challenging as many of the most power mining firms are privately owned. However, there are ways to enter into this lucrative market. 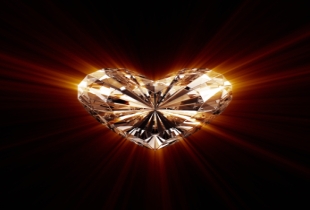 The diamond market has seen a robust recovery since the economic collapse devastated the luxury goods market. Demand is up in western countries and the appetite for diamonds in India and China is showing the highest potential for growth. Prices for both rough and polished stones have been gaining for some time now, and last year China became the world’s second largest consumer of diamonds.

“Polished suppliers trying to raise asking prices following 7% average DTC rough price hike… [In the US] wholesalers are finding conditions tough. There is a scarcity of polished available at affordable prices. U.S. buyers note that the Far East and Indian markets are driving prices to levels that they can’t justify,” stated a market report from Rapaport. The IDEX Diamond Index is another tool to gauge demand, and has gained 10 percent over the last year, a good sign that diamond demand is coming back to life.

Investing in the diamond market is tricky business because some of the largest producers of diamonds such as De Beers and Russia’s Alrosa are private enterprises. Anglo-American PLC (LON:AAL) is a part owner of The De Beers Group, but investing in Anglo is hardly a pure play into the diamond market. Currently there are no diamond ETFs on the market, though there have been rumors about the creation of an ETF. So the investor is left with two options, investing in smaller diamond mining companies, or investing in retail diamond companies.

Retail diamond jewelry firms are one way to gain entry into the market. They do, however, pose risk outside of the rising demand for gemstones. Tiffany & Co. (NYSE:TIF) is one of the powerhouse’s in the industry, and is able to sell their products at a premium due to their reputation. Tiffany & Co is one of the companies making inroads in the Chinese market for luxury goods. “China has become the new frontier for the global diamond industry, attracting the attention of Cartier, Tiffany and other Western luxury brands,” stated Julius Zheng, for Rapaport.

Blue Nile (NASDAQ:NILE) is the leader in an online diamond and jewelry sales. The company’s diamond buying model provides them an advantage in the market as it sells suppliers inventory without having the added costs of stocking the individual diamonds. The company then passes the saving on to the consumer.

Diamond mining firms are also another way to enter the market. As noted earlier, the largest firms in the market are not open to public investment. Stornoway Diamond Corp’s (TSX:SWY) main asset is the Renard Project located in Quebec, Canada. The projects mineral resource has a total of 23.8 indicated mineral resources and 17.5 million inferred mineral resources currently stand at carats respectively, with a further 23.5 to 48.5 million carats classified as a non-resource, “potential mineral deposit,”stated the press release.

Grizzly Discoveries Inc. (TSXV:GZD) is working on their Buffalo Head Hills properties in Edmonton, Canada. The properties have 29 diamondiferous kimberlite pipes that have yielded promising results. Harry Winston and Rio Tinto (LON:RIO) own the Diavik diamond mine in Canada, yet investing in Rio Tinto is not a pure diamond play as they are one of the largest mining firms in the world.

The diamond market is expanding thanks to increased demand in not only the western world, but from exploding sales in China and India. Entry into the market may be difficult, but this market it is set to shine.