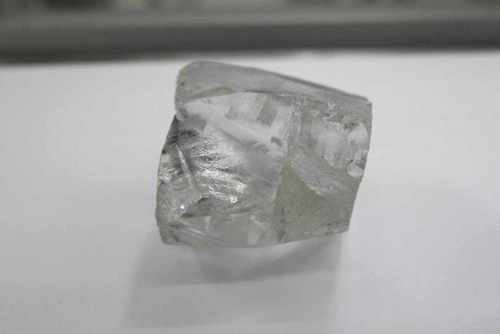 Shares of Petra Diamonds were up on Monday after the company recovered a gem of over 100 carats from its South African mine.

Shares of Petra Diamonds (LSE:PDL) were up almost 4-percent on Monday (March 11) following the company’s announcement that it had recovered a 100+ carat gem from its South African mine.

In addition to recovering the massive 100.83-carat stone, the diamond miner also unearthed a 6.12-carat blue diamond, which are extremely rare and highly valued.

Cullinan, the mine where the discoveries were made, has a long history of being home to some of the most coveted diamonds in the world.

Both gems are type IIa, the highest ranking a diamond can attain. The larger white diamond also received a D-color rating.

“These recoveries demonstrate the prevalence of these types of stones in the Cullinan orebody as well as the ability of the mine’s plant to recover the full spectrum of diamonds,” noted the company announcement. “Both stones will be included in the company’s upcoming March 2019 tender.”

While this most recent discovery has put Petra in the spotlight, the Cullinan mine has made headlines before.

According to the Tower of London website: “The magnificent Cullinan I is the world’s largest top quality white cut diamond. The huge uncut stone was discovered in South Africa in 1905, and was cut to create nine major stones and 96 smaller brilliants in all. Cullinan II, the second largest stone, is now set into the front band of the Imperial State Crown.”

Petra acquired the South African diamond mine in 2008, and estimates the diamond resource to be 190.3 million carats.

In its most recent operational update released at the end of January, Petra noted that production was up 10 percent from the same time last year.

“Petra has delivered solid production in the first half of FY 2019 underpinned by a continued improvement in safety performance,” CEO Johan Dippenaar said. “We are seeing production reaching consistent levels while our focus remains on the delivery of operational and CAPEX efficiencies in order to generate positive free cashflow and subsequent debt reduction.”