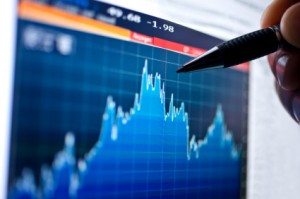 Europe’s financial woes continue to dominate headlines, but worries about the political situation in Saudi Arabia hurting petroleum supplies and the possibility of inflation weakening Chinese demand too are keeping investors on their toes. Gold prices are hurting as well as the dollar gains strength and the safe haven asset is being sold off once again to cover their European losses.

While French President Nicolas Sarkozy and German Chancellor Angela Merkel agreed this week to stop airing their differing views about what the European Central Bank should do to stop the continent’s debt crisis from deepening further, and they also publicly voiced their support for Italy’s new Prime Minister Mario Monti. Still, worries about Europe have spread from Greece to Italy and now to Hungary, as Moody’s lowered its Hungarian government bond rating to below investment grade of Ba1, while Standard & Poor’s warned that it could cut the country’s investment grade credit score. The announcements came even as Hungary is in the midst of negotiations with the International Monetary Fund for a new aid package. Under the terms of its 2008 IMF loan, Hungary will have to roll over 4.7 billion euros of external debt next year.

China continues to be a bright light in the minds of many investors, but even its red-hot economy is seen to be increasingly vulnerable amid heightened inflationary pressure. Nevertheless, the head of banking giant Industrial & Commercial Bank of China (HKG:1398) does not expect monetary policy to ease any time soon. The bank’s chairman Jiang Jianging said at an opening ceremony for its Cape Town representative office that “I think the direction for China’s monetary policy and credit policy will still be very prudent.”

In Saudi Arabia, four people were killed and nine injured Thursday at a protest following a funeral procession in the Eastern Province that has a high Shiite population in a largely Sunni country. There is mounting concern that the unrest could lead to further violence in a country that continues to dominate the world’s crude market, and therefore disrupt global supply.

On the corporate front, private equity group KKR & Co buying out oil and gas group Samson Investment for $7.2 billion, marking the second largest international private equity transaction this year. KKR has a 60 percent stake in the consortium, while Japanese trading group Itochu (TYO:8001) will hold a 25 percent share through a $1 billion investment, and two other smaller private equity houses will have the remaining shares. By acquiring Samson, the investors are expected to have a leg up on the commodity exchange-traded funds that have usually underperformed spot commodity prices.

JP Morgan Chase, has bought out the London Metal Exchange shares of bankrupt MF Global UK Ltd. The British arm of former New Jersey Senator Jon Corzine’s investment group was one of 12 category 1 members of the LME that has the right to trade on the floor, but it stopped trading on October 31.

In Brazil,  Chevron’s (NYSE:CVX) endeavors to contain an oil spill offshore of the country appears to have worked for now, but the exact impact of the Frade project conducted jointly with Petrobras (NYSE:PBR) remains to be seen. The government of Brazil has fined Chevron $28 million for causing the spill as the operator of the project.

In the copper market, Antofagasta (LSE:ANTO) bucked the trend of most red metal producers that have reported strong earnings in recent months as it cut nine-month sales by $297 million due to lower than expected prices.  The company adjusted the price of 142,100 metric tons of its production to $3.18 a pound from $4.09 a pound. LME copper prices fell to about $7,000 a ton from $9,800 in July.

As for Chinese smelter Jiangxi Copper (SHA:600362) and Freeport-McRoRan (NYSE:FCX) , the two companies agree to a 12.4 percent rise in treatment and refining charges for 2012 concentrate shipments, according to Reuters. The price has been set to $63.5 a ton.

“Companies are yanking the stuff out of the ground at $400 an ounce and selling it at $1,700 an ounce,” said Bowman, adding that “gold stocks have underperformed bullion because there is stock market risk in buying gold stocks, which is not an issue if you buy bullion.” Companies singled out as particularly attractive by Bowman and Meyer include: Nevsun Resources (TSX:NSU), Primero Mining (TSX:P), Iamgold (NYSE:IAG), and Aurizon Mines (NYSEAMEX:AZK).

A Look at Historical Copper Prices
What is Coltan? 5 Facts You Should Know
The Basics of Critical Metals Investing
Metals Weekly Round-Up: Gold Moves Higher as Recovery Stalls