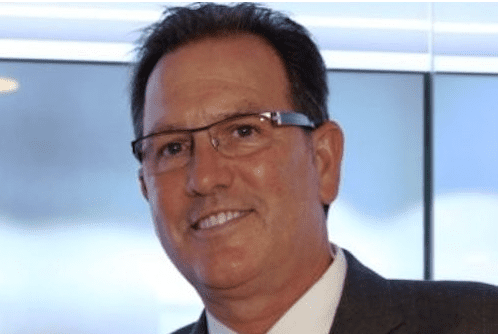 ALX Uranium CEO Warren Stanyer (TSXV:AL,FWB:6LLN,OTCMKTS:ALXEF) sees lots of value in the uranium-rich area of Saskatchewan’s Athabasca Basin. The company is poised to capitalize upon the region as it explores new sites and uncovers promising results in early testing.

In the interview below, Stanyer provided an update on the projects underway or getting started in the Athabasca Basin and how this has created numerous partnerships and takeovers. Stanyer also discussed the advantages of having an established mining community in Saskatchewan.

Below is a transcript of our interview with ALX Uranium CEO Warren Stanyer. It has been edited for clarity and brevity.

Investing News Network: Please give our investor audience an overview of ALX Uranium and its portfolio of uranium projects in Saskatchewan’s Athabasca Basin.

ALX Uranium CEO Warren Stanyer: We’re exclusively in the Athabasca Basin because that’s where the world’s richest and highest grade deposits are. They’re hard to find, but when you do find them, look for the success stories! You have the Hathor project that was acquired by Rio Tinto (ASX:RIO,NYSE:RIO,LSE:RIO) for over $600 million, for instance. In another example, I was part of the takeover of Alpha Minerals for $190 million by Fission Uranium (TSX:FCU). There is a lot of potential in this area.

The Hook-Carter project, which is 80 percent owned by Denison (TSX:DML). Their purchase of 80 percent of the project has given us a lot of working capital in the form of 7.5 million shares. This provides money for exploration and to run the company. Meanwhile, they’re drilling the property up to $12 million before we have to contribute our 20 percent share.

We have finished drilling the Newnham Lake Project. We just received the results from our visuals and we’re very pleased with the core sample and the radioactivity levels. We’re currently waiting on the geochemical results.

We have more projects in the Lazy Edward Bay area. We will be conducting a low-flying radio metrics survey soon and we expect to find some anomalies on that. From those results, we will then hunt those prospective sites down.

INN: How does Saskatchewan compare to other mining jurisdictions?

WS: Saskatchewan is a great jurisdiction and one of the best in the world according to the Fraser Institute. The permitting process usually runs very smoothly and the province is built for mining. There are also engineers, geologists and other mining specialists from the industry living in Saskatchewan.

INN: What has ALX’s strategy been in developing its portfolio in the Athabasca Basin?

WS: Our strategy is to find the uranium deposit. It’s difficult, but we know where to look. We also have people on our team who have had success in finding these deposits.

INN: Please tell us about the exploration activities you have been conducting in the Athabasca Basin. Are there any findings that you would like to highlight?

WS: At Newnham Lake we have the preliminary results, which show elevated radioactivity. We also have uranium in drill core that we pulled, but we’re waiting for the results. There’s quite a few other projects that are in the early stages where we need to conduct some airborne surveys, interpretations, and groundwork that will lead to drilling programs.

INN: What is next for ALX Uranium and how does that fit in your company’s long-term plans?

WS: An important milestone for the company is the completion of Denison’s first drilling program. They’re on hiatus right now, but they will resume drilling soon. The property sits on the Patterson Lake corridor, which has produced somewhere in the neighborhood of 400 million pounds of uranium in five years. We’re proud to have Denison as a partner and are excited about where our property is located.

CanAlaska Uranium: Developing an Exploration Package in the Athabasca Basin
Top Uranium Mines around the World
IsoEnergy Completes Review of Winter Drilling Program at the Hurricane Uranium Zone
3 Uranium Stocks to Watch in 2020