Canada:
Upgrader is going up later than usual this week because of the Canadian Federal Election and the American Presidential debate. Now that these two events are a matter of record, there is much good news for the heavy oil and oil sands industries.
First, the Canadian […] 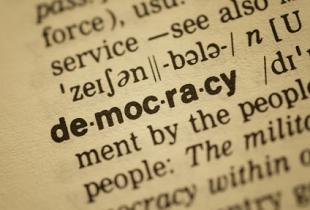 Upgrader is going up later than usual this week because of the Canadian Federal Election and the American Presidential debate. Now that these two events are a matter of record, there is much good news for the heavy oil and oil sands industries.

First, the Canadian election returned a solidified minority Conservative government. The Conservative party has thus far been a benevolent friend to Alberta’s oil patch. This stance is unlikely to change dramatically, but a fuller fleshing out of the Conservative environmental policy may provide new hindrances to oil sands operations.

This being said, the exigencies of minority governments may proffer some unexpected policy choices due to inter-party bargaining. The Liberal party’s platform centrepiece was a fundamental restructuring of Canadian tax policy that would have created a carbon tax and reduced income and corporate taxes to achieve revenue neutrality.

Stephane Dion’s leadership of the Liberal Party is unlikely to endure the leadership review due next May and the Green Shift has proven widely unpopular with voters, so the Liberal caucus will be reticent to commit votes to Conservative legislation until they get their house back in order.

The 37 New Democrats in Parliament ran opposing the Liberal Green Shift while promoting a cap-and-trade carbon pricing system with a hard ceiling on emissions. The NDP is furthest politically from the Conservatives, and hopes to siphon votes from the left wing of the Liberal party, so it has few incentives to cooperate with a Conservative government. In the last parliament, NDP leader Jack Layton’s attacks on Stephane Dion for supporting the Conservative government became a news-show fixture.

The Bloc Quebecois, a regional secessionist party who will occupy 50 seats in the 40th Parliament have also advocated a cap-and-trade system, but are short on details.

Given that the Conservatives need only twelve additional votes on each bill to pass legislation, any of these three parties may hold the balance of power on policy decisions related to the carbon emissions of the oil industry. My personal view is that the Bloc Quebecois are the most likely partners if the Conservatives make environmental policy a legislative priority. Stephen Harper recognizes that his party must gain ground in Quebec if it hopes for a majority government, so compromises with the Bloc Quebecois have political and functional incentives attached.

America’s energy policy has surprisingly emerged as a huge issue in this campaign, though the specific policy instruments proposed by the candidates have been submerged between vacuous sloganeering like “energy independence” and “drill baby drill”.

When it came to reducing American imports of foreign oil, both candidates were largely in agreement. Senator McCain outlined his specific goals when he said “I think we can, for all intents and purposes, eliminate our dependence on Middle Eastern oil and Venezuelan oil. Canadian oil is fine”.

Senator Obama echoed this, noting that he believed this reduction could be accomplished within a decade. His plan involves higher fuel economy standards for autos, federal investment in hybrid, flexfuel and non-hydrocarbon auto engines, and increasing the amount of domestically produced oil.

The fly in the ointment of Senator Obama’s plan is that it tries to reconcile the “national security” aspect and the environmental aspect as equal priorities. The “National Low Carbon Fuel Standard” may be environmentally sound, but it would incentivize lighter, sweeter crudes whose production emits less carbon. Though this would penalize Venezuela’s oil industry, it would also greatly affect the oil sands of Alberta.

There are no specific provisions in either plan to treat any oil-exporting country differently. If the demand for oil is reduced substantially, and prices drop as a result, we would expect high-cost Canadian and Venezuelan heavy oils to become uneconomical first. The light, sweet crude of the Middle East is cheapest to produce, and would thus be most competitive in an over-supplied market.

It appears the election is Mr. Obama’s to lose at this point, so his policy proposals may be more germane to future oil patch development. He will certainly have a cooperative legislature on his side.