Colombia, once the domain of guerillas and drug traffickers, has opened up to investment and is now poised to add reserves through an aggressive exploration program, having recently surpassed 1 million barrels a day. 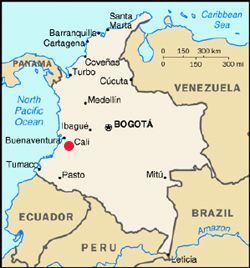 Colombia, it must be said, has not always enjoyed a good reputation as a destination for foreign investment or tourism, due to decades of civil unrest from whose dark shadow it has struggled to escape. However, the South American nation is opening up to investors, particularly in the natural resources sector, where it is known to have substantial oil and gas reserves along with gold, silver, emeralds, platinum and coal.
“International investors started hearing very good things about Colombia from about 2007; people have noted the changes in the country, with its improved security and stable contracts,” Cristian Ducara, general manager of Trayectoria Oil and Gas, was recently quoted in Oil and Gas Investor magazine.
While Colombia does not have the large oil reserves of neighboring Brazil or Venezuela, energy and petroleum (E&P) companies, along with a growing number of smaller oilfield services firms, are increasingly putting the country on their radars. Colombia has been rated the third easiest place to do business in Latin America, ahead of Mexico, Argentina and Brazil, while the capital, Bogota, is increasingly seen as a regional oil and gas hub. Taking a look back though, it is clear that Colombia’s road to international acceptability and a steady flow of investment capital has been a rocky one.
A violent past
Most readers will recall that during the 1980s and ’90s, Colombia was considered a dangerous and lawless place. The country attached to the isthmus of Panama, and touching the borders of Brazil, Venezuela, Peru and Ecuador, was in the limelight for all the wrong reasons, namely a left-wing insurgency that was all-consuming and at times shockingly violent. Aimed at redressing perceived economic inequalities, along with a laundry list of other demands including dampening the influence of the United States and ending the monopolization of natural resources by multinational corporations, the rebels, led by the Revolutionary Armed Forces of Colombia (FARC) and the National Liberation Army (ELN), turned to the drug trade and kidnappings to fund their activities.
The government fought back by forming paramilitary groups to combat leftist political organizations and armed guerillas, but the paramilitaries were themselves violent and dangerous. A Wikipedia entry on paramilitarism in Colombia states that right-wing paramilitaries have been responsible for 70 to 80 percent of political killings per year. According to the BBC, these groups are sometimes on the payroll of drug cartels and landowners and have at times been backed by elements of the Colombian army and police.
Between the ideological extremes of the FARC and the paramilitaries, the Colombia drug cartels plied their trade, with the majority of the cocaine processed for export destined for the United States. In 1989, legendary drug lord Pablo Escobar, worth an estimated $3 billion, made Forbes magazine as one of the world’s 227 billionaires, with his Medellin cartel controlling 80 percent of the global cocaine market. Demonized by the United States and the Colombian government, Escobar was in fact seen as a hero to many Colombians — a sort of Robin Hood figure who funneled money to the poor; he was even elected as a representative to Colombia’s Congress.
While forming the backdrop of Colombian politics since the 1940s, the clashes between the government and the guerillas reached a crisis point in 1985, when leftist group M-19 stormed the Palace of Justice in Bogota and murdered almost half of the 25 judges. The event became seared into the collective memory of Colombians as the point when the country effectively lost control of its democratic institutions.
Peace at last
Colombia today, however, is very different from the nation of Pablo Escobar and the drug wars that kept tourists and investors away for years. The government of Alvaro Uribe, who served as president between 2002 and 2010, is largely credited for facing down the guerillas and demobilizing the paramilitaries, thereby ushering in an era of peace, opening up large swathes of land to oil exploration, and inviting foreign investment into the country. The BBC notes that since 2002 the government has regained much of the territory once held by rebels, and is seeking to “shake off its image as a trouble spot associated with drugs and kidnapping.”
The current government of Juan Manuel Santos has continued to pursue peace with the guerillas through the so-called Plan Colombia, a U.S.-funded offensive against the rebels and drug trafficking. The two sides are currently trying to hammer out a deal through meetings in Havana, Cuba, and last month negotiators managed to agree on two of six items up for discussion. But while Plan Colombia is obviously a positive step towards lasting peace, it is also vulnerable to derailment. On November 12 an apparent plot by the FARC to murder Uribe, who opposes the peace talks, was revealed. The plot gave ammunition to the former leader, who is constitutionally barred from seeking another term but is running for the Senate, and his supporters who say Colombia should not negotiate with the FARC. Santos, meanwhile, declared in November that he will run again in the presidential elections next May. According to The Economist, Santos wants to sign an accord with the guerillas before the new Congress is inaugurated in July.
Oil and gas: Tapping a well to prosperity 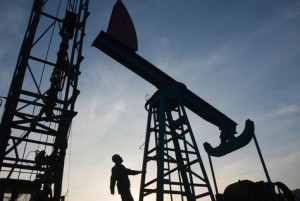 It was perhaps fitting that in the same week that Santos made public his bid for re-election, oil and gas companies were gathering in Bogota for the 24th annual Colombian Conference of Oil and Gas. After all, it was the oil industry that helped Colombia to shake off decades of civil unrest and set it on a path to robust economic development. Organized by the Colombian Association of Petroleum Engineers, the technical conference and trade show attracts companies and speakers from around the world, and is considered the most important meeting of Colombia’s hydrocarbon sector.
Indeed, the oil industry in Colombia has always been vital to the economy; it is estimated that oil and gas represents about a quarter of the country’s exports. The discovery of heavy oil in the Llanos basin of Eastern Colombia in the late 1980s turned the country into a net oil exporter, with most barrels destined for the United States. Ever since, the state-owned oil company, Ecopetrol, has dominated oil production, in 2012 producing 754,000 barrels of oil a day, or 70 percent of total production. The remaining 30 percent is divided among a handful of smaller producers, including Pacific Rubiales Energy, the largest independent oil producer in Colombia, Canadian company Gran Tierra, and Equion Energia, a joint venture between Ecopetrol and Talisman Energy (NYSE:TLM,TSX:TLM).
According to the US Energy Information Administration, Colombia has about 2.4 billion barrels of oil reserves and 4.7 trillion cubic feet of natural gas. The country does not have large petroleum reserves by international standards – neighboring Venezuela has some 250 billion barrels and Russia, the world’s third largest oil producer, boasts 80 billion – but what is significant about Colombia is the amount of oil it has produced in recent years.
The EIA notes that before 2008, Colombia’s oil production was flat for several years, following a peak of 830,000 barrels of oil a day reached in 1999. However, in the last six years, the country has almost doubled production, and this year it reached its goal of 1 million barrels a day.
According to a June article in The Financial Times, Colombia’s recent oil boom can be attributed, at least in part, to the vast pool of petroleum engineers, geologists and managers who migrated to Colombia from Venezuela following a two-month energy industry strike in 2006 that crippled Venezuela’s economy.
“Venezuela’s loss has been, for all means and purposes, Colombia’s gain,” the FT quoted Carlos Alberto López, a Harvard-educated Colombian energy expert, as saying. “Without [the army of experienced Venezuelan oil workers], Colombia’s extraordinary oil boom might have faced significant lags.”
The introduction of a new talent pool coincided with the policies of then-president Uribe, who as mentioned above, cracked down on the guerillas, thus opening the door to foreign investors who lustfully eyed Colombia’s petroleum reserves amid a new climate of stability and peace.
The Guardian notes that in order to attract investment into the energy sector, Uribe’s government licensed large areas of the country for exploration and offered tax breaks. Importantly, the government no longer required private firms to form partnerships with Ecopetrol, and in fact sold shares in the state-owned company, allowing it to quadruple its capital spending. The success of Uribe’s policies can be readily seen by the amount of foreign cash that flowed into oil industry coffers. According to the Colombian Central Bank, between 2003 and 2011, roughly the period corresponding to Uribe’s rule, foreign direct investment in the oil industry jumped from US$278 million to US$4.3 billion, reported The Guardian.
Replacing reserves
It would be nice to report that Colombia is floating on a sea of oil of similar expanse to Brazil or Venezuela, but in fact, the country has limited reserves and will be forced to explore for more oil if it wants to maintain its position as a net exporter of the fossil fuel. According to data from ANH, the National Hydrocarbons Agency, last year 132 exploration wells were drilled in Colombia, resulting in 150 million barrels found. However, that is still 200 million barrels short of replacing reserves that have already been produced, according to Duncan Nightingale, the president of Gran Tierra, as quoted in Oil & Gas Investor.
“Basic logic suggests, at current rates of discovery … that the operators need to drill more wells to replace the reserves being produced and definitely many more exploration wells if the desired growth targets stand a chance of being achieved,” said Nightingale.
That sentiment was echoed by Colombia’s minister of mines and energy, Amylkar Acosta Medina, who told delegates in November at the Colombian Conference of Oil and Gas that his ministry is focused on adding more barrels to reserves through exploration. While Medina noted that 33 percent of Colombia’s oil reserves have come from new discoveries compared to just 10 percent in the previous decade, he acknowledged that Ecopetrol’s feat of nearly doubling its reserves in just five years came through increasing recovery rates at existing wells rather than through any new findings.
He said “the big effort” currently is on discovering unconventional reservoirs that would be tapped using hydraulic fracturing (“fracking”) methods, along with offshore reserves that remain largely unexplored (Chevron (NYSE:CVX) is currently the only company producing from an offshore block). Recoverable shale oil and gas reserves in Northern South America are estimated at about 20.2 billion barrels of oil and 222 trillion cubic feet of gas, according to the EIA, with Colombia accounting for 6.8 billion barrels and 55 trillion cubic feet.
“After Brazil and Argentina, Colombia is the Latin American country with the greatest potential for [unconventional oil and gas] development,” said Medina, adding that the government is hoping by the end of the year to finalize a regulatory framework to foster the development of unconventional plays.
Attracting investment 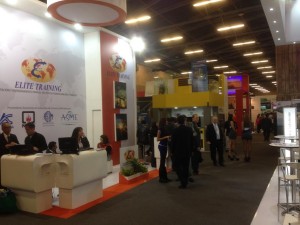 The 24th annual Colombian Conference of Oil and Gas, held last month in Bogota, is the country’s most important meeting of the hydrocarbon sector.