As many oil and gas juniors struggle amid a poor pricing environment, Edge Resources is using the lull as an opportunity to increase reserves and to raise its profile in Europe. 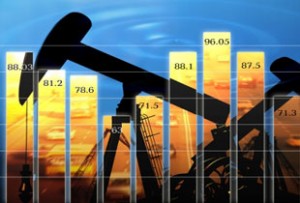 The oil and gas sectors have seen greater-than-normal price volatility over the past several years. With natural gas prices dipping to near-record lows, many junior exploration companies have been forced to throw in the towel or drastically alter their business models to stay afloat.

At the same time, some well-placed juniors are viewing this lull in the gas cycle as an opportune time to increase their reserve base. Gas Investing News (GIN) recently spoke with Brad Nichol, president and CEO of Edge Resources (TSXV:EDE,LSE:EDG), an oil and gas exploration, development and production company that is doing just that. The company is focused on shallow, conventional, vertical, low-cost formations in Alberta and Saskatchewan, Canada.

GIN: What sets Edge Resources apart from its competitors in the oil and gas space?

Brad Nichol: We have an established set of assets with a vast number of proven drilling locations that offer world-class economic returns. That’s a company that attracts attention in its own right. However, we also have a cornerstone capital partner who is willing and able to assist and participate in the rapid growth of the company. Just as operational and technical experts are critical to our success, having access to capital in our capital-intensive industry cannot be understated. Just take a look around our industry today and try to keep up with the small-cap companies that are “throwing in the towel” because they can’t raise money to grow — or even maintain the assets they currently have. This is where we are looking to step in and take full advantage of our technical, operational and capital team to create significant value for our shareholders.

GIN: The natural gas market has experienced a challenging period. In the past four years, prices have plunged almost 80 percent, with a fall of 27 percent over the past 12 months alone. A large number of junior companies are reining in spending and acquisitions as a result of a lack of financing. What has Edge Resources done to weather this period and maximize shareholder value?

BN: We entered this world in June of 2009 with a strategic focus on what I call my “big four:” conventional, shallow, vertical and operated. We drill low-risk, low-capital-cost, successful wells that we operate — because of the strength of our team, we have never liked putting our future in someone else’s hands. This has resulted in a 100 percent drilling success rate to date. While we purposely focused on natural gas in 2009, we have since rebalanced our commodity mix more towards oil — and the superior economics afforded by that commodity. However, we have done more than many others who have attempted to perform a magical switch from gas to oil. We have stayed true to our corporate “big four” and developed a very large oil-based asset in the middle of Saskatchewan’s heavy oil hotbed. We have over 10,000 undeveloped acres of highly-sought-after land and we are continuing to develop that land base with a 100 percent success rate with wells that payout in less than a year. To my knowledge, few other companies have been able to maximize shareholder value like this during a time of market contraction and uncertainty. We expect to continue adding to — and developing — our land base to continue creating shareholder value no matter what is happening in the markets.

GIN: Edge Resources recently listed on the London Stock Exchange (AIM). What were the aims/advantages behind this move?

BN: The AIM listing was completed for several reasons, not least of which was to support and provide better liquidity to our existing shareholder base, of which 50 percent is UK or Europe-based. Secondly, while we’re not actively looking to raise capital today, if we were, that capital is more readily available in the UK — especially with our partner’s, Henderson Global Investments, influence. That’s critically important to me, as in today’s market, with a plethora of M&A opportunities coming onto the market (and even more expected in the coming months), we need to know that we have that valuable and rare access to quick capital in order to pounce on a deal. This was the case with Primate, where we raised about $8 million over a weekend to close the deal. Thirdly, if we were to raise capital, our cost of — and time to raise — that capital is less in the UK than it would be in North America.

GIN: In the company’s Q1 results, Edge recorded an average daily oil and gas production of 737 boe/d — over double the level recorded in the comparative period for 2011 (360 boe/d). Where do you feel Edge will be in five years’ time from both a production and investor standpoint?

BN: We have grown production, reserves and asset value consistently year-over-year since our inception and we expect to continue to do so. We have a strong technical and operational team supported by a proven strategy. We also have an existing land base that affords us the running room to continue to grow. As a junior exploration and production company, we attempt to attract investors and reward them with incremental gains on their capital and we believe we’re positioned better than most junior oil and gas companies to do that.

GIN: Where do you see the natural gas market in the next 18 months? Do you feel that prices will have rebounded, and if so, will that affect your company’s strategy?

BN: In the long run, this comes down to the basic economics of supply and demand. However, we’re in a long-run transitional period, moving from what I would call microeconomic [North American] supply and demand factors that affect natural gas prices to a more macroeconomic [global] set of factors. The North American supply side has already experienced massive fundamental changes and we’re starting to see some demand responses, which has helped natural gas prices recently. When we see the full effect of global natural gas demand factors on North American supply, I expect that we will be in a much stronger pricing environment — one that is currently being underestimated in terms of magnitude and timing. However, in this interim period I like that we’re seeing the effects of “local” demand strength, which I believe will continue. Notwithstanding, the risk economics currently afforded to us by all the oil opportunities are very hard to beat. At the end of the day, the most enjoyable, challenging and important part of my job is allocating our shareholders’ precious capital towards the best near- and long-term rewards.

GIN: Name one other junior oil and gas company that you admire and describe why.

BN: I have mentioned Aroway Energy (TSXV:ARW) before, and one of the reasons that I continue to stay intimately involved with them is because of their unique and successful approach to the oil and gas industry. I enjoy being around them and gleaning whatever I can from my experiences there. With an intense focus on creating shareholder value, they have done a great job in a short period of time. I believe they have a lot of running room ahead of them as well.