According to an article on Wednesday in The Globe and Mail, the utilization of hydraulic fracturing technology in some of Canada’s previous gas and oil fields has the energy industry poised to produce as many as 15 billion barrels it never expected to extract. 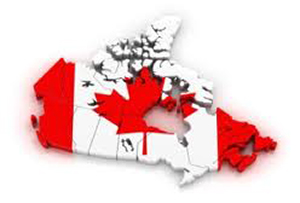 According to an article on Wednesday in The Globe and Mail, the utilization of hydraulic fracturing technology in some of Canada’s previous gas and oil fields has the energy industry poised to produce as many as 15 billion barrels it never expected to extract.  During the mid 1950s, a number of deep Devonian exploration oil wells were drilled by major oil companies in this region. Gas prices were considerably lower and infrastructure did not exist with heavy exploration wells drilled and resulted in clay rich drilling fluids causing severe damage to shallow gas zones. As a result, few gas wells were tested, however those that were tested invariably yielded varying amounts of gas.

Approximately one fifth of Western Canada’s conventional crude has already been extracted, leaving behind a vast resource of 77 billion barrels that had been largely written off as impossible to acquire, according to new research released Tuesday by CIBC World Markets Inc.

Oil sand developments typically require crude prices of between $60 and $80 per barrel to turn a profit; however, fracturing recovery methods allow companies to be profitable with crude prices at $30 to $50.

In May, Saskatchewan announced a three-year reduction on royalty rates for the industry.  The province’s gas well industry has traditionally used vertical drilling techniques. Horizontal approaches have been used in extracting oil, but are less common with natural gas exploration.

The technique allows previously inaccessible oil to flow to the surface and has been especially beneficial to a Canada’s industry that has long struggled with a substantial amount of “tight rock,” which does not easily yield its crude. Before the recent advent of horizontal fracturing helped solve the tight-rock problem, production difficulties kept this country from recovering a substantial amount of crude. In the Western Canadian Sedimentary Basin, only 21 percent of a 98 billion barrel resource has been brought to surface. In the United States, recovery rates from conventional oil wells are typically about 30 percent.

The change promises to reverse a substantial production decline in Canada, where conventional crude output peaked in 1973, and has fallen 46 percent since then. It’s down by a third in the past 12 years.

This could create a strong opportunity for junior and medium-sized oil companies that have in recent years taken over many of those old fields from larger players. They now find themselves sitting on one of Canada’s richest energy plays, where the cost to produce a barrel of oil can be as little as half that in the oil sands, creating the potential for substantial profits.

The sweeping dynamic changes in Alberta and Saskatchewan could allow energy companies to produce an additional five billion to 15 billion barrels, a significant jump in the world’s potential oil reserves. The number could potentially exceed conservative estimates, given that this technology is opening up areas never before produced. As a comparison, the United States has about 21 billion barrels of proved oil reserves.

This change has been so profound that Penn West Energy (TSX:PWT.UN) has sped up its conversion to a corporation by two years as it shifts into an unexpected growth mode. The company’s operations are managed based on five operating regions: Southern District, Eastern District, Central District, Northwest Alberta District and Northern District.  Several years ago, it had 500 drilling targets; today, it has 5,000 targets as the industry discovers an increasing number of plays it can tap.

PanTerra Resources (TSXV:PRC) is a junior exploration company focusing its exploration in the Colorado Formation in Saskatchewan. The zone extends across the entire southern portion of the province with relatively uniform thickness. FairWest Energy Corporation (TSX:FEC) is engaged in the exploration for natural gas and oil reserves primarily in Alberta with some project exposure in Saskatchewan.

The new technology “is pretty significant in that it opens up those fields again to being developed,” said Scott Saxberg, chief executive officer of Crescent Point Energy Corp. (TSX:CPG) of Calgary. “It’s going to attract a lot more capital.”  The company has been aggressively acquiring more than one million net acres of exploratory land in southern Alberta that they believe are prospective for multi-zone light oil opportunities, including the unconventional Bakken and Three Forks zones.