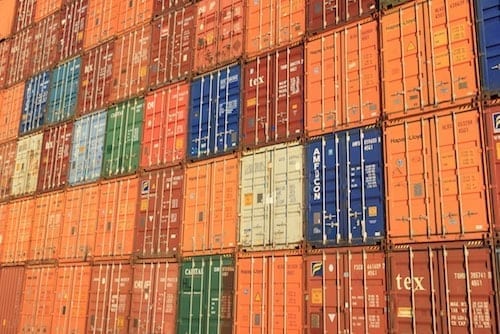 American crude inventories took the first hit dropping to a two-year low over the last week, with surplus US crude shrinking by 12.6 million barrels, in what analysts believe will be a long series of hits to the sector.

As the trade war between the US and China continues to escalate, the crude market appears to be the first casualty in what is being dubbed the largest trade war in economic history.

American crude inventories took the first hit dropping to a two-year low over the last week, with surplus US crude shrinking by 12.6 million barrels, in what analysts believe will be a long series of hits to the sector. US oil imports to the country’s largest refining region fell to four-year lows.

“There’s no doubt that uncertainty continues to weigh, not only on the crude oil markets, but really all markets,” Brian Kessens, energy asset manager at Tortoise told Bloomberg.

Less than one week after the US levied duties of US$34 billion on Chinese imports, the Asian nation has issued its own retaliatory 25 percent tariffs, particularly on soybeans. China is the world’s largest consumer for soybeans and gets roughly 30 percent of all its beans from America.

China is also expected to add a 25 percent tariff on crude oil and other energy commodities when the Trump administration imposes a 25 percent levy on US$16 billion in additional Chinese goods.

As Kessens noted, other markets are also being affected by mounting pressure between China and the US.

Most recently, Washington issued 5,238 additional tariffs against China on Tuesday (July 11). The 194 pages of items that will now be taxed an additional 10 percent ranges from a variety of food products, to buttons and hair clippers all the way to tungsten, cobalt and rare earth elements.

The high tech minerals included in rare earths are used in a plethora of technologies like smart phones and electric vehicles and are an important component in creating super alloys for the aircraft manufacturing sector.

China is the leading global producer of rare earths and has used the status to its advantage. In fact, less than ten years ago America, in collation with a number of other countries, solicited the WTO to intervene on their behalf to get China to increase production of the technologically critical minerals.

In 2017, China produced more than 80 percent of the world’s rare-earth metals and compounds, according to the US Geological Survey.  China holds about 37 percent of global reserves and supplied 78 percent of US demand.

“On Friday (July 6), in response to unfair Chinese practices, the United States began imposing tariffs of 25 percent on approximately US$34 billion worth of Chinese imports. These tariffs will eventually cover up to US$50 billion in Chinese imports as legal processes conclude. The products targeted by the tariffs are those that benefit from China’s industrial policy and forced technology transfer practices,” said Lightizer.

Oxford Economics, an English economic consultancy firm, estimates that the tariffs between the two powerhouse nations will knock around 0.1 to 0.2 per cent off each country’s growth rate this year.

That may sound infinitesimal, but given the size of the US economy, last year was US$19.4 trillion and the Chinese economy was US$12 trillion, this adds up to a loss of between US$30 billion and US$60 billion, respectively.

One response to “Crude Drops as Trade War Tensions Increase”