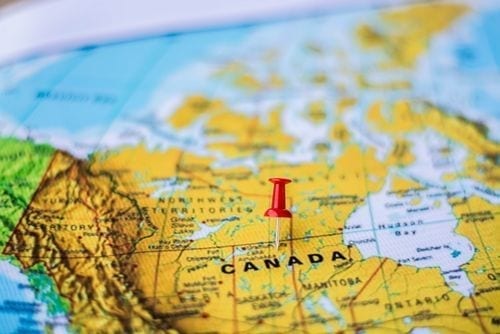 According to a new report, despite pledging to end fossil fuel subsidies and consumption, G7 countries pay more than US$100 billion annually in subsidies to oil and gas producers, with Canada spending the most of any nation.

According to a new report, despite pledging to end fossil fuel subsidies and consumption, G7 countries pay more than US$100 billion annually in subsidies to oil and gas producers, with Canada spending the most of any nation.

The report G7 Fossil Fuel Subsidy Score Card, wich was published by the Overseas Development Institute, an English independent global think-tank, ranks each country in a variety of categories, including transparency, upholding pledges and commitments and ending support of oil and gas.

Overall, Canada ranked third behind France and Germany with a total score of 54 out of 100. However, the country received the lowest score of all nations when it came to ending support for oil and gas production, where it scored 25 out of 100.

In 2016, Canada, along with the six other G7 nations (Britain, France, Germany, Italy, Japan and the US), committed to the systemic phase-out of fossil fuel support with complete disengagement occurring by 2025.

“The G7 have pledged to phase out fossil fuel subsidies, but they don’t have any systems in terms of accountability to meet the pledges—they don’t have road maps or plans,” Shelagh Whitley, the study’s lead author told the Thomson Reuters Foundation.

In addition to the 2016 fossil fuel phase-out strategy, the G7 also agreed to the 2015 Paris agreement, which challenged nations to curb greenhouse emissions, while also keeping the global hike in temperatures well below 2-degrees Celsius. Another area most countries are also falling behind in.

“In tracking G7 countries’ progress towards meeting their 2025 fossil fuel subsidy phase-out pledge, this scorecard identified leaders and laggards across all seven indicators, but overall, no G7 country scored strongly; every G7 country is at serious risk of not delivering on their fossil fuel phase-out commitment,” noted the comprehensive study.

Canada has earned some praise in its ambition to eradicate coal from its energy grid. In fact, experts note that all three areas of fossil fuels need to be addressed simultaneously to see real global results and change.

In May, Environment Minister Catherine McKenna said the federal government still intends to do away with subsidies to fossil fuel companies, despite the government purchasing the trans mountain pipeline only a few weeks later.

This followed a March meeting the government had with several environmental advocacy groups, all pushing for the elimination of on fossil fuel subsidies. Those groups insist the Liberals need to define what it means by “inefficient” fossil fuel subsidies, release a national plan to get rid of them by 2025 before next month’s G7 summit and push the other G7 nations to commit to their own timely national plans.

The demands of Canada’s environmental groups are very similar to the recommendations set out in the study, which concluded, “the G7 should establish country-level plans for fossil fuel subsidy phase-out, starting with key subsidies with negative social and/or environmental impacts.”