In another show of support for tungsten, the Queensland government has given Vital Metals the go ahead for its Watershed tungsten project. 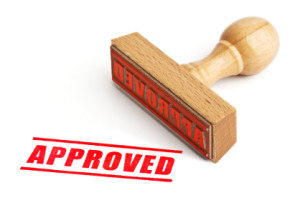 September is here, and with it the hope that fall business will pick up. In the early days of the month, traders saw a lack of demand for APT tungsten — prices for the metal in Europe have come down to $400 per metric ton unit (mtu) from August’s higher range of $410 to $425 per mtu, Metal-Pages reported.

Ferrotungsten prices have also seen limited action, and are still hovering near the $49 to $49.50 per kilogram range.

Now, in another show of support for tungsten, the Queensland government has given Vital Metals (ASX:VML) the go ahead for its Watershed tungsten project. The granting of environmental authority was the last step Vital needed to climb before the Department of Natural Resources and Mines would consider granting the project a mining lease.

The Watershed tungsten project is a scheelite deposit that hosts a JORC resource of 49.3 million tonnes of W03 at 0.14 percent. The project is located near Mount Carbine, which has a over a decade of production history, including 10,000 tonnes of Wo3. It is also located roughly 160 kilometers northwest of Cairns in Queensland.

Vital Metals is partnered with Japan Oil, Gas and Metals National Corporation (JOGMEC) and Macquarie Bank on the development of the project. Most recently, JOGMEC secured the rights to 30 percent of the project.

Watershed is touted as being among the top 10 non-Chinese tungsten projects in the world, with potential for further growth. Managing director Mark Strizek is looking forward to having mining leases granted in early 2014 in hopes of bringing the project closer to production. He hopes to start construction by the end of 2014 or early 2015 and achieve production within 18 months of that time.