European Ferro tungsten prices crept up for the week as buyers drew down inventories in Rotterdam. For a second week in a row, the Lunar New Year Holiday in China meant lack of supplies were coming out of the country. 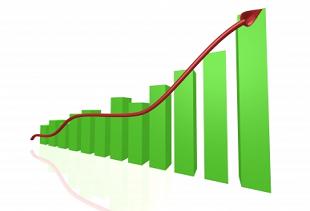 European Ferro tungsten prices crept up for the week as buyers drew down inventories in Rotterdam.

For a second week in a row, the Lunar New Year Holiday in China meant lack of supplies were coming out of the country. Ferro Tungsten was quoted higher at around US$30 a kg from US$29 a kg last week and US$25 a kg the week before, as consumer enquiries for the metal were met with empty hands. Chinese producers are closed and they will stay closed until after the holiday next week.

Once the New Year holiday is over, Chinese production will resume but cutbacks and plant closures are expected to continue.  Overall, traders said there was very little business being done and they do not expect to see a real recovery until the second half of the year.  The selling prices of tungsten ammonium paratungstate (APT) have remained steady between US$235 and US$245 per metric tonne unit during the same period. The outlook for tungsten in the long term continues to be optimistic with increased demand expected in the coming year.

Christopher Anderson shares an optimistic view on the tungsten industry’s future. As the vice-president of business development for Geodex Minerals Ltd. (TSX.V: GXM), Anderson helped host a recent industry meet-and-greet to get investors hyped up about the metal. Geodex has been working a tungsten deposit at its Sisson Brook property near Fredericton, which executives hope will one day be among the largest and least expensive open-pit tungsten mines in the world. The company took a break from drilling last fall due to lack of credit and instead invested their time and money into mineralogical studies. Anderson said market factors will not impede Geodex from moving forward. “We are cashed up and we have got a great deposit.” Experts predict commodity prices won’t inch up much before the end of 2009, however, mining is anticipated to be one of the first industries to rebound from the economic crisis.

Uran Limited (ASX:URA)  has entered into an option to purchase the Victor tungsten project, in California. The project, located in the historic tungsten mining District of Inyo County consists of 13 granted patented lode mining claims, covering a small, high-grade tungsten mine. Uran, through its wholly owned subsidiary Juno Minerals, has paid an option fee of $50,000 under the terms of the agreement, and has the right to acquire a 100 per cent stake in the property, by paying $150,000, within two years. The Victor project was mined for tungsten and copper prior to World War I, and briefly after World War II, however, the planned construction of a tungsten mill on the property failed when the government price support program for tungsten ended in the early 1950s.There has been no work done on the property since that time. Assay results have now been received for 19 rock chip samples, taken in October, and most samples evaluated have shown copper and tungsten values, with elevated uranium and molybdenum values, as well as anomalous gold and silver. Uran stated that the mineralized skarns at Victor, which were not exploited by historic mining, had significant potential to host economic tungsten and copper. Exploration on the project would be deferred until work at Juno Minerals’ other project, the Finley basin in Montana, was completed, and economic conditions improved.

Thor Mining PLC recently announced that developing the Molyhill tungsten-molybdenum project remains the company’s main focus.  Thor has met with many potential financiers and partners with a view to getting the project into operation.” The discussions have been very positive to date, however the mood is cautious in the current financial climate, “the group said in an update for the quarter to end-December 2008. Investigation of alternatives to reduce capital and operating costs for the project continue.