Pricing and supply are always issues. However, the fourth quarter is a time when players in this market need to start prioritizing another issue. 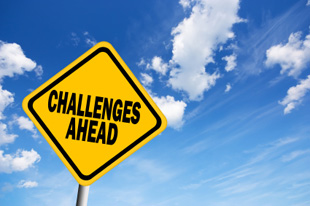 China dictates tungsten prices and manipulates supply through export quotas. Though prices in the nation are dropping, they have remained unchanged for international buyers. Whether or not they will come down this quarter is difficult to predict. Unless China foresees its own economy faltering long term, thus reducing its need for tungsten, the nation has little incentive to lower prices.

Does this then mean that prices will rise?

Last year, during Q4, the tungsten market was in the midst of a rebound and prices were going up. If a price increase this year in Q4 could be predicted by assessing the fundamentals at play then, one would conclude that no price hike is in store. Contrary to that time, both domestic and international purchases of the metal are slowing and confidence in the global economy can be described as shrinking, or finicky at best.

In 2009, during the global crisis, demand for tungsten from developed nations took a serious hit and the mere threat that the global economy is in for another period of struggle is already reportedly having an effect. Tungsten buyers are choosing to avoid purchases and instead rely on their stockpiles. This week, there weren’t any reports of international buyers making purchases from China.

The International Energy Agency has cut forecasts for global oil demand. Oil affects tungsten prices because one of the metal’s uses is for drill bits, which tend to be most heavily purchased during periods of intensive oil sales and high prices. Also, the Organization for Economic Cooperation and Development has reported clearer signs of a slowdown in the world’s large economies. Coincidentally, sales are weakening for both APT and tungsten carbide, which account for a major portion of the market.

Yet, as previously stated, international buyers are subject to steady prices. The domestic pricing advantage that Chinese consumers are privy to highlights the problems faced by western nations. In July, the World Trade Organization (WTO) ruled that China’s use of export quotas violate international trade rules to which the nation is bound. The Beijing government responded by issuing a fresh set of quotas for the second half of 2011. Then, last month the nation acted on its right to appeal the WTO ruling and it could be nearly December before a decision in that regard is announced, paving the way for China to keep rationing supply to the rest of the world on its own terms.

Though tungsten purchases are stalling right now, tungsten consumers and investors, should give considerable thought to the risks involved in making decisions on a short-term basis. The fate of the global economy is uncertain at this point and how long that uncertainty will remain can’t be predicted. However, as the domestic pricing advantage demonstrates, there is another very important factor to consider and that is China’s strategy.

It is expected that China will consume growing amounts of tungsten. In 2012, the nation may lose the ability to meet its own supply. If this is the case, Beijing is likely to issue even stricter export quotas, which could create serious supply problems if consumers stockpiles erode simultaneously.

That China is increasing its export of APT as they are also developing technologies for the processing of both low-grade ores and mixed scheelite-wolframite concentrates suggests that Beijing is leaning toward a policy of exporting fewer raw materials and forcing consumers to purchase more expensive processed products.

Insufficient supply in China is also likely to add the nation to the roster of buyers for the small portion of tungsten that is not produced in their nation. Scrap dealers have already told Tungsten Investing News that China is gobbling up scrap. Mark Strizek, CEO of Vital Metals (ASX:VML) said that China is also developing technology to increase the use of tungsten scrap, a source that is relied upon by other nations to deal with their supply issues.

Perhaps most pressing during the fourth quarter is that international market players need to ensure that they make decisions strategically that prevent them from being further at the mercy of China.

Securities Disclosure: I, Michelle Smith, hold not financial interest in any of the companies mentioned in this article.