A lack of supply has been driving up the price of tungsten on the world market. The further reduction of exports from China is only exacerbating the problem. As new uses and the economic recovery take off new mining will have to make up the difference or severe shortages will be the reality. In an exclusive interview, Stephen Leahy, CEO of American Tungsten explains the factors driving the market. 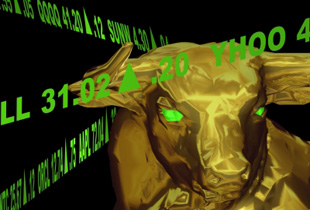 Tungsten’s unique properties make the metal invaluable to many industries. The metal has the highest melting point of all elements besides carbon, and its density is higher than lead. These properties make it invaluable for tungsten-carbide drills and cutting tools for oil and mining applications, which makes up approximately 60 percent of its demand. The high melting point of tungsten makes it invaluable for military applications as well, and it is commonly used in missile/rocket nozzles because it can stand up to the high temperatures. Tungsten has been deemed a strategic metal because of the world’s reliance on China as the major source of supply.

China has decreased export quotas for the metal since 2008. As of this year the quota stands at 15,700 tonnes, a reduction of 300 tonnes over 2010. The tight supply of the metal, as well as increased demand, has sent prices through to all time highs. The price for ferrotungsten as of Feb. 23 is at $50 per kg, tungsten APT is quoted at $380 per mtu. These prices are well over the record highs reached last week of $45 per kg.

In an exclusive interview with Tungsten Investing News, Stephen Leahy CEO of North American Tungsten Corp. (TSXV:NTC) spoke about the factors driving prices in the market.

“China has banned exports of concentrate, raw material, but they will export semi-refined and refined powders. In 2004-5 the recycling component of the market was around 5 percent, now it is at 35 percent. As the Chinese reduced exports, part of that buffer was taken up by increased recycling, but that has hit a ceiling,” stated Leahy.

The market was able to substitute a lack of raw materials coming from China with increased recycling efforts. However, a 35 percent recycling rate is at around the maximum level. New demand for the metal has to be met by new mining production. All of these factors were in play before the economic collapse, shortly thereafter, “the price for tungsten APT went down to $185 per mtu,” added Leahy.

The low prices and lack of buyers forced many tungsten miners to halt production. As the market started coming back inventories of the metal were being depleted. “There was an initial surge to restock, and all the while the balance between recycled increased and the reduced exports from china have hit a wall. The increased demand then starts to push prices up,” said Leahy.

Because of the unique characteristics of tungsten there are very few substitutes. “Pricing for tungsten is inelastic, I use the analogy that if you are drilling an oil well, if you have to pull your drill string up 10,000 feet three more times to change drill bits, that’s gets pretty expensive,” stated Leahy. The need for drill bits in the oil sector alone is a market that can not survive without the metal, and oil prices are on the rise.

New markets for tungsten will also be the driver of future demand. Tungsten is quickly replacing lead in a variety of industries because of the toxic nature of lead. Jewelry demand, tungsten’s use in LCD screens, and new breakthroughs in nanotechnology will all add to an already tight supply chain. Until new mining can make up the shortfalls expect prices to continue to rise.

“There are a lot of new markets for tungsten, they are small market, but each adds tonnage. If you add up all the new demand you all of a sudden you have a few thousand tonnes,” stated Leahy, adding, “The biggest new market which is still yet to come is the composite market. This new technology allows us to nano-coat tungsten particles with polymers to create a bendable product that replaces lead. While the technology has yet to get traction, but when it does it could comprise 5-10 percent of the market, price is an issue, and some of the products are price sensitive.”

These materials can be used in automotive, medical and other various industries such as nuclear power. A recent invention from Entergy Corporation, uses tungsten as a radioactive shielding agent and is replacing lead in nuclear facilities. The supply shortages of tungsten will continue to push prices up until new production makes up the difference.