Tungsten prices continue to rise, gaining approximately 80 per cent since October of 2010. The lack of supply from mining operations in the West as well as increased domestic demand in China has supported the price of tungsten. 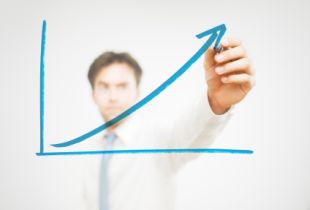 Tungsten prices have been on a dramatic run since last October due to a lack of supply outside of China that may create a large supply deficit for western consumers. The price of tungsten APT spot has skyrocketed from approximately $261.00 per mtu in October of 2010, up to $462.50 per mtu today. China accounted for 85 percent of global production of the metal in 2010, and has increasingly been keeping more of their production for domestic consumption. While China has increased the production quotas by 7,000 tonnes for 2011, export quotas still remain at 15,000 tonnes giving little relief to consumers of the metal.

Many analysts see a deficit developing in the tungsten market due to ever-increasing demand for the metal, as well as structural changes from China keeping more of their own production. A recent report from Davy Research predicts a deficit of 15,000 tonnes for western economies. The lack of supply has been mitigated over the past few years by recycling.

“Recycling has been the buffer on the deficit for a many years, going from 5 percent to 35 percent today; however, recycling has hit a ceiling. As the economy rebounded from the economic crisis, consumers found their warehouse empty and started to reorder more tungsten, and there was very little available. China over the years has cut their export quotas in half. Their goal is to set up finished goods production domestically,” stated Leahy.

The resurgence of demand when consumers restocked their supplies is not likely to be met by new supply from mining operations. “All of the smaller operations that were to add tonnage to the market have yet to come on stream. There is no new immediate supply to fill the gap in the short term,” stated Donald G. Moore. Most of the mining operations that could supply much needed tonnage into the market will not come on online until at least 2013, if not later.

Following the same trend as the rare earth element market, China has been reducing export quotas in an effort to encourage western companies to set up production facilities in the country.

“China has been trying to get western producers to set up production facilities inside the country to create value added products for domestic consumption and export. And HC Stark has done just that,” stated Moore.

Recently, HC Stark one of the world’s leading manufacturers of refractory metals signed an agreement to produce advanced tungsten products in China. China’s desire to create higher paying manufacturing jobs, as well as to increase the value of their exports through finished goods, has led to fewer exports over the last few years.

Other western consumers and manufacturers of tungsten products may not be so keen to either move production facilities, or be reliant solely on China for their supply.

“It is our contention that the rest of the world is not going to want to be 100 percent reliant on China for the production of their strategic materials,” stated Moore.

This sentiment is being echoed by producers in the US, who have felt the sting of higher prices for the metal their companies rely on. “It is limiting how much we can grow,” stated Joel Wardropper, President of Operations for Innovative Carbide. The reliance on China for the metal so vital to the oil and mining industries, as well as the aerospace industry, is also of concern.

“The shortfall that we predicted a few years ago is now coming into play. We perceive that the shortage is all outside of China, it’s the rest of the world that will suffer. The previous all-time high for tungsten APT was around $275.00 per mtu, it is now at $462.50. Since October of 2010, the squeeze has started, and the price has broken right open,” stated Moore.

The tight supply of tungsten is not expected to be alleviated in the short term. New mining operations are not likely to come online and supply the market with the needed tonnage. This factor, as well as increasing demand for the metal, should support prices going forward.