Portugal’s economy may warrant concern, but its tungsten potential appears to signal optimism. 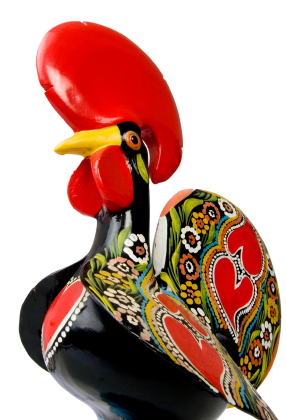 Companies wanting strong tungsten projects in their portfolios are looking to Portugal as a jurisdiction to achieve that goal. Among the group of junior miners exploring Portugal’s mineral wealth is Colt Resources (TSXV:GTP,OTCQX:COLTF), which stated in a corporate presentation that Portugal remains largely overlooked and underexplored despite mining history that dates back 2,000 years.

Robertson points out that the nation’s Panasaqueira mine is one of the few continuously operating tungsten mines outside of China and it has produced high grade wolframite for over 100 years.  By 2008 when Primary Metals was acquired by the Japanese metal firm Sojitz, Panasaqueira was a turnaround story that was central in a deal worth roughly 20 times earnings and that resulted in a 30-fold return on investment in 3 years.

Robertson says there are numerous historic tungsten mines in the country. Blackheath just added two—Borralha and Bejanca—to its portfolio which also contains its flagship Covas project, also a past-producing tungsten mine.

“Geologically, the environment is conducive to tungsten deposits and Portugal is politically attractive for exploration and development of tungsten mines,” he says.

Miners working in Portugal declare excellent support from all levels of government.

“We find Portugal to be an easy country to work in because of the economy. The government understands mining is a great way to bring investment into the country,” Paul Kuhn, CEO and Director of Avrupa Minerals (TSXV:AVU,FWB:8AM) told Investing News Network (INN) (see video below). The company which is a joint venture partner for the Covas project, also obtained several new exploration licenses in December.

In addition to the support provided in the form of jobs and revenue, Portugal is supportive of tungsten mining projects because the European Union (EU) has included it among the list of critical raw materials and it is at the top of the British Geological Survey’s supply risk list.

Much of the concern about tungsten stems from the fact that the bulk of it is produced in China, where limits are placed on the amounts and forms in which it is exported. Furthermore, China is now a net importer of the metal.

Therefore, in European countries such as Portugal, Kuhn explains that there is a desire to mine the metal in their own sphere. In the end, he says, the EU is pretty supportive of these projects as well.

Portugal is praised for its cheap labor and also for its location. Tungsten is shipped around the world and Portugal’s strategic position on the west coast of Europe makes business easy whether you go east or west, Colt says.

Even with that all those positive factors,  many are likely to have questions about operating conditions given the region’s economic troubles.

As Natalia Sokolova, Colt Resources VP of Investor Relations pointed out on SNNLive, Portugal puts the “P” in PIIGS, the acronym for a group of Eurozone countries whose economies were severely weakened after the financial crisis.

Sokolova said the reason Portugal is bankrupt is because they spent all of their money on infrastructure like highway systems and railroads. While that of course is a tragedy for government and the people, for miners it is a benefit.

Colt Resources is one of the top mining lease holders in Portugal with a portfolio that includes the advanced stage Tabuaço tungsten project.

“We can get to all of our properties by the highway, which in Africa you can’t get away with,” Sokolova said.

Economic troubles have also proven advantageous by allowing a company such a Blackheath to gain access to projects on better terms, Robertson explained. He said there has been reduced competition for quality projects.

However, the economic climate has delivered challenges in raising financing both through debt and equity. That is not to say that these companies are not receiving any financial support.

In January Colt announced private placements that were expected to rake in $8 million. The company has already raised $3.8 million  from an a Canadian institutional investor and a high net worth investor in Portugal.  Additional funds are expected from an Asian investor this month and upon completion the company is now looking for total proceeds of over $8.8 million.

Last month Blackheath announced reaching an agreement with a strategic group of investors for a private placement for gross proceeds of over $1 million.

These companies are actually pressing forth on their projects with apparent enthusiasm.

Colt is expecting approval for a Tabuaço trial mining license this quarter and  as part of its efforts to advance Tabuaço toward production the company plans to conduct pilot mill testing on approximately 20 tons of ore this year.

Avrupa remains committed to its aggressive exploration and prospect generation strategy. Kuhn told INN much of the company’s focus this year will be devoted to working on joint ventures in Portugal.

Robertson says Blackheath is reviewing more acquisition possibilities in northern Portugal, as the company intends to acquire rights to the country’s most important tungsten deposits and past-producing mines.

The investments and plans of these junior miners seems to say much about their sentiment toward Portugal.

To be sure, TIN asked Robertson if the companies two latest acquisitions can be translated as a vote of confidence for the outlook of the region.

“Yes, undoubtedly,” he replied. “We believe in Portugal. Europe will recover and continue to build strength.”

Securities Disclosure: I, Michelle Smith, do not hold equity interests in any of the companies mentioned in this article.