Geodex Minerals is an exploration and development company in New Brunswick that is working on the Dungarvon tungsten project. CEO Mark Fields talked about the tungsten market with Tungsten Investing News. 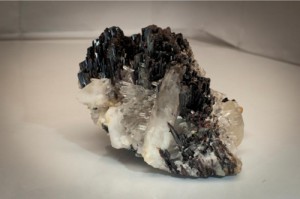 More disconcerting news poured out of the tungsten market last week, with Malaga filling of a Notice of Intention under the Canadian Bankruptcy and Insolvency Act and Stephen Leahy stepping away from his post as CEO of North American Tungsten (TSXV:NTC). Even APT tungsten prices decided to take a breather from a three-month climb, holding steady at $365-375 per mtu, according to Metal-Pages.

With that in mind, Tungsten Investing News decided to have a look at an exploration and development company that is working on a tungsten-molybdenum–tin project in New Brunswick: Geodex Minerals (TSX:GXM).

Geodex is an exploration and development company focused on critical metals, with a particular interest in tungsten and molybdenum deposits. The company is focusing its efforts in the Canadian province of New Brunswick, a region that is consistently ranked as one of the world’s best mining jurisdictions. Geodex’s management team has a proven track record in the tungsten exploration space, having discovered the Sisson deposit, a large near-surface tungsten-moly deposit, which it sold off to Northcliff Resources (TSX:NCF), a development company affiliated with Hunter Dickinson, in 2012. Northcliff is expecting to start construction at Sisson in 2014.

Geodex is currently working on the Dungarvon project, which has similar geology to Sisson. Geodex has identified two areas of mineralized float boulder, which the company has interpreted to be near-source. Representative sample grading on some of the boulders has shown high-grade results of 1.03-percent WO3 and 0.25-percent Mo. Further prospecting on Dungarvon has revealed large, high-grade returns indicative of the project’s potential to be a significant discovery.

Geodex is encouraged by the discovery of the boulders, and views them as a positive indication that tungsten mineralization exists in the area. “If you find a boulder, that’s a real mineralization that came from some place.” Mark Fields, president and CEO of Geodex, told Tungsten Investing News.

“The next step for us with this project is to drill.” Fields said. The company has developed the a drill target and will be looking at Peaked Mountain, where the high-grade boulders in glacial till have been found. The summer drill program is expected to be underway in early June. The company is planning to drill six to eight holes — equaling 1,300 meters — in order to test the contact zone for the source of the boulders.

What’s going on with tungsten?

At the World Resource Investment Conference in Vancouver, Fields also talked to Tungsten Investing News about the tungsten market.

“The tungsten price itself is pretty robust,” Fields explained, “it’s up at about $350 per mtu. If you look at it historically, $250 is a very good price for tungsten. Anybody in production should be making money at $250 per mtu. Yes, it went up as high as $$450 to $460 per mtu, but that was unusually high. I don’t think anyone expected that that would be sustained forever, it did come back down to as low as $225 or so, but it has come back up.”

Fields believes that most companies should be able to make a profit with prices at $350. However, that does not appear to be the case with some of the companies on the market.

With China’s stronghold on tungsten supply, western companies have pushed forward to develop other sources of tungsten outside of China. With so many companies looking to break into the tungsten market, Fields believes that tungsten buyers are scoping out the herd, looking for the best prices — or rather, low-cost producers.

“I worked with Rio Tinto on the exploration and development side all through the 1990s, and one thing that got hammered home time and time again was: don’t worry about the price of the commodity.” In his experience, what companies are looking for is a low-cost producer because a low-cost producer will always be in production.

Companies looking for tungsten, Fields explained, should be on the mid-to-low end of the cost curve, because the cost curve can go up very steeply and companies should be able to withstand low parts of the price cycles. Understandably, that is not an easy feat to accomplish for most companies as there are many factors, such as grade and location, among others, that play into the costs involved in any project.