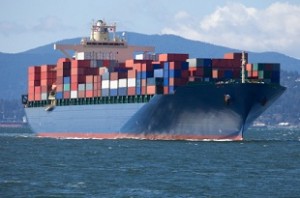 The scramble to ensure adequate supplies of tungsten is set to get tougher, especially for those relying on China. New export quotas for 2012 reported a cut of 300 tons, dropping global rations from 15,700 to 15,400 tons.

According to an official US source, export quotas on raw materials such as tungsten are of growing concern to not only the United States but also a number of other foreign governments and stakeholders.

As China is responsible for 80-85 percent of the tungsten supply, continually limiting the amount it exports increases the metal’s scarcity.

The US government source was careful not to outline as fact any effects that have resulted thus far from tungsten export quotas, as this is a matter that is “under examination.” However, Tungsten Investing News (TIN) was told that these practices could act to favor China’s domestic users resulting in unfair playing ground for international users.

Claims are often made that Chinese export quotas result in an unfair competitive advantage since domestic users are not subject to the same rations as their international competitors.

Christina Reitano, Corporate Communication Director for Kennametal, says that as Chinese quotas have reduced, the supply of tungsten has been restricted and prices have risen.

Reitano says that Kennametal has had to absorb some price increases, though more than 50 percent of their tungsten is attained from western sources. China is a dominant source and can impact the market price she says, but she believes higher prices are largely a typical macro supply/demand impact.

Reitano noted that there does seem to be a trend in which Chinese companies want to market higher value added products rather than ores—an observation that is being increasingly expressed—but it is not clear if the export raw material strategy is tied to the desire to market higher end goods, she said.

Whether a result of export quotas or other causes, Chinese users consuming Chinese tungsten are often less burdened with costs than international users. For example, sales are down or flat for many tungsten products in China. The domestic prices of tungsten carbide  have slid accordingly but export prices remain stable.

Some who cry foul on China say an effect of export quotas is that they raise production costs. Since Chinese users are able to produce cheaper value added goods, not only do they experience a pricing advantage with regards to global sales of those goods but, Chinese consumers also have less incentives to buy imported goods.

The US, EU and other nations have filed a WTO dispute against China for unfair practices including export quotas. Though tungsten was not specifically named in the dispute, the government representative who spoke with TIN said a similar case involving tungsten is something that may be considered in the future.

Both the US and China have filed appeals with regard to the decisions made in July on the current case.

One of the issues for which the WTO ruled against China was its defense that export quotas were used to help conserve exhaustible natural resources. The decision found that China did not show that this effort was in conjunction with restrictions on domestic production or consumption.

With regards to tungsten, should similar arguments be raised China can point to quotas that cap the quantity of tungsten production and smelting. The output control target for concentrates for this year is 87,000 tons, an increase from last year’s 80,000 tons.

The Chinese government can also point to its refusal to grant new mining and prospecting licenses until at least July, 2012.

If China’s export quotas are indeed driving up prices, there is a small group outside of that nation that stand to share the benefits.

Though not by any means supporting unfair or manipulative trade practices, Pierre Monet, President of Malaga (TSX:MLG), confirms that price increases such as those seen over the past year are good for tungsten miners.

Monet also points out that it is not in users interests for prices to fall too low as this reduces the money available for expansion and development.

Furthermore, as China is also a tungsten buyer–figures show concentrate imports up nearly 67 percent from January to September (year-on-year) and prices up over 96 percent– the nation will increasingly have to face any international market conditions that it creates.

I, Michelle Smith, do not hold interests in any of the aforementioned companies.