Despite stagnancy in tellurium prices and market demand, production of the metal is set to grow as long-term production dries up. 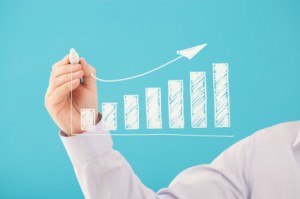 Difficult financial markets and tellurium market overcapacity have kept prices for the metal in a holding pattern, despite earlier predictions of improved demand.

A large build up of tellurium inventory in the supply chain has kept prices in the range of $100 to $140 per kilogram for the past six to eight months, down significantly from early 2012, when prices sat at around $300. Current rates for US tellurium 99.9-percent have held steady at $135 to $145 per kilogram, while Rotterdam and Shanghai prices settled between $100 to $130 per kilogram and $159 to $167 per kilogram respectively, according to Metal-Pages data. Those prices are higher than the lows reached at the end of last year.

When — or if — tellurium prices will rise above $400 per kilogram, as predicted in better economic times, is uncertain.

Stephane Maroni, managing director of tellurium miner and refiner 5N Plus (TSX:VNP), told Metal Bulletin’s Minor Metals Conference in early March that he believes tellurium prices will remain between $100 and $140 per kilogram for the short to medium term, losing some of the price volatility seen in 2012. why supply glut

Maroni attributed the current tellurium supply glut dragging down prices to the lack of growth in photovoltaics (PV) and thermoelectrics, especially in China; numerous solar companies have folded as a result of this stagnancy.

With tellurium prices falling and demand softening, production levels were bound to take a hit.

Earlier this year, the US Geological Survey (USGS) estimated that refined tellurium production fell in 2012 alongside falling global consumption. While exact numbers are difficult to assess due to the data’s commercial sensitivity, the USGS said production curtailments from reduced PV production were a key factor in the production drop.

Despite the growing presence of tellurium in PV and thermoelectric applications, the risk of tellurium production becoming scarce has been raised by a number of organizations, including the US Department of Energy, which recently declared tellurium a “critical” metal and designated it worthy of inclusion in a state-led research project aimed at addressing both critical metals and energy security.

Currently, more than 90 percent of tellurium is produced by extracting the metal from anode slimes produced by the traditional electrolytic refining of smelted copper, according to another USGS publication. The organization states that the “[i]ncreased use of the leaching solvent extraction-electrowinning processes for copper extraction, which does not capture tellurium, has limited the future supply of tellurium supply from certain copper deposit types.”

The USGS also noted that “[w]ith increased concern for supply of tellurium, companies [are] investigating other potential sources, such as gold telluride and lead–zinc ores with higher concentrations of tellurium, which were not included in [current] estimated world resources.”

The potential scarcity of tellurium could bode well for companies exploring for the rare metal.

Deer Horn Metals (TSXV:DHM), which is developing the Deer Horn gold–silver-tellurium property in Northwest British Columbia, is one of the few companies pursuing an alternative tellurium source.

The company’s recently released preliminary economic assessment (PEA) outlines a 14-year mine life for the property under current indicated mineral resource estimates. The mine is expected to produce 63,000 kilograms of tellurium, 2.11 million ounces of silver and 67,000 ounces of gold.

In the press release announcing the PEA, Deer Horn’s CEO, Tyrone Docherty, notes that the small scale of the mine (74,000 metric tons) and short payout period of 2.4 years make the project particularly attractive in current financial markets.

In an interview with Tellurium Investing News, Docherty brushed aside concerns that current low spot market tellurium prices will keep the project from acquiring financing or impact its bottom line. That’s because the tellurium represents a relatively small percentage of the total minerals contained in the deposit.

“As a precious metal project … tellurium accounts for only about 5 percent of total revenue,” said Docherty, suggesting that Deer Horn will still be able to profitably extract tellurium by 2015 — at which time both tellurium demand and Deer Horn’s property are expected to kick off.

Docherty also noted that “investors understand how important tellurium is going forward,” citing the continued need for tellurium. For example, he noted that First Solar (NASDAQ:FSLR), a cadmium telluride PV producer, could invest upwards of $200 billion in solar power projects in Saudi Arabia over the next 20 years.

“Tellurium will take care of itself,” Docherty said, referring to the long-term potential of the metal.